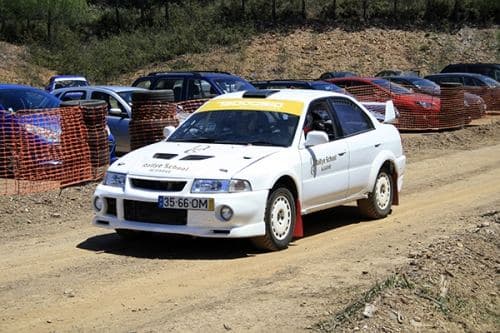 Endemol Holland visited the Algarve to film the renovation works to Bayside Salgados Restaurant, near Albufeira, for the programme Herman Gaat Ver with the famous Dutch Chef Herman Den Blijker.

On May 29, the famous Dutch chef and his crew arrived unannounced at Bayside Salgados Golf & Beach Resort surprising its owner Marjan Vos by offering a complete make-over for the restaurant.

Bayside Golf & Beach resort was built in 2000 by Marjan’s husband Luis Ribeiro. The resort was his dream project where he created a Miami ambience, a place he was fond off.

In 2002, Luis, Marjan and their son Senna suffered a severe car accident in Brazil, causing brain damage to Luis leaving him unable to continue his project. Marjan dedicated all her time taking care of him until his death in 2007.

During those years, Bayside Salgados had been rented out to another company but legal proceedings were put forward by Marjan for lack of rental payments. After winning the case, Marjan took over Bayside Salgados again in April this year but found the resort “completely worn down”. Maintenance work was needed but money was short.

In February, Chantal de Thouars, a friend of Marjan currently involved with the management of Bayside Salgados, saw an announcement on Dutch television. Herman Den Blijker, the famous Dutch chef, was looking for restaurants abroad that were in need of his help to bring them back to life.

Chantal sent the production an email, explaining the story of Bayside Salgados and was telephoned the next day.

After a few emails and telephone conversations, Endemol fell silent until they turned up at the resort surprising Marjan.

The result, Chantal explained, was “a Miami style look for the restaurant that matches perfectly the style that Luis wanted for this resort.”

The chef created a new menu and Bayside Salgados Restaurant reopened on June 1.

Herman Gaat Ver will be transmitted on RTL4 in October this year.