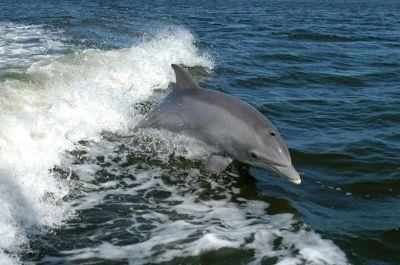 A Portuguese nature conservation institute has launched an action plan to prevent the endangered Sado estuary dolphins from becoming extinct.

The Institute for Nature and Biodiversity Conservation (ICNB) claims that only 25 dolphins are left in the estuary near Setúbal.

The Common Bottlenose Dolphins, tursiops truncates, which live in pods of between 25 and 100 animals, are the only mammals of the species left in Portuguese estuary waters.

The species used to exist in the Tagus estuary but vanished more than 50 years ago.

“The Sado dolphin population is running a serious risk of becoming extinct with only 25 examples left, most of them elderly,” said the ICNB’s Marina Sequeira, adding that the dolphin population had been in continual decline over the past 20 years.

“Since these animals are old, it makes reproduction difficult, added to the fact that they have consistently suffered disturbances in their natural habitat from shipping and industry.”

The marine biologist explained that the action plan had been “designed with various entities, over 30, which have been studying the dolphins, their habitat and the overall eco-system in the Sado estuary.”

Marina Sequeira said the plan had to do with “improving the animals’ environmental conditions in the Sado estuary as well as educational, public and corporate awareness campaigns”.

Studies and interventions will now extend across all areas where the bottlenose dolphins are known to congregate: the Sado Estuary Natural Reserve, the maritime area to the south as far as Tróia and to the west as far as the Serra da Arrábida.

The total budget expected to be spent on the programme up until 2013 is in the region of 2.5 million euros.