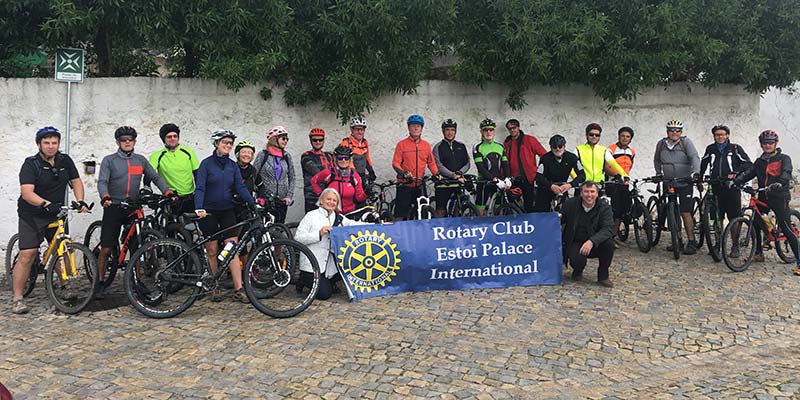 The wet weather did not deter the riders and an enthusiastic group turned out to take part. Two rides were on offer, both around 35kms and taking up to three hours.

The riders set off from Estoi Pousada and finished in front of Estoi Church. One group cycled all the way up to the top of Cerro de São Miguel on a challenging uphill ride, whilst the other group enjoyed the slightly less strenuous option.

Donations and sponsorship raised a total of €1,000.

The polio virus is spread person to person, typically through contaminated water. It can attack the nervous system, and often leads to paralysis. Although there is no cure, there is a safe and effective vaccine which costs as little as 0.60 cents per dose and a child can be protected against this crippling disease for life. As a result of this campaign, India has been polio free for six years.

With the two-to-one match from the Bill Gates Foundation, the RCEPI’s €1,000 becomes a total of €3,000 towards the End Polio Now campaign.