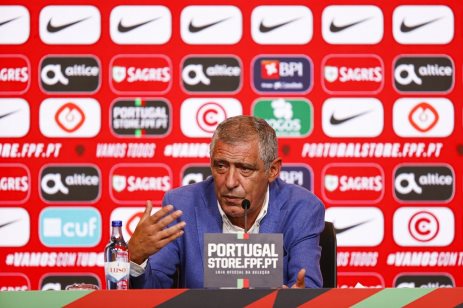 Fernando Santos’ departure is due to be officially announced this evening

Fernando Santos has reportedly been sacked from his role as Portugal’s manager following the team’s World Cup shock exit at the hands of Morocco last weekend.

The news is being widely reported although the Portuguese Football Federation has yet to officially confirm it.

According to Record sports newspaper, the official announcement will be made this Thursday evening.

Sports journalist Fabrizio Romano is also reporting Santos’ departure from the team, adding that the new manager will be appointed in the next weeks.

Fernando Santos is no longer the head coach of Portugal. The decision has been made after World Cup. 🚨🇵🇹 #Qatar2022

Portugal will appoint new manager in the next weeks. pic.twitter.com/NI52gw9Aeh

It will be the end of an era for Portugal’s most successful national team manager, who won the country’s first international tournament at the Euro 2016 and followed it up with a win at the 2019 Nations League.

However, the surprise loss to Morocco in the World Cup quarter-finals on Saturday and his public dispute with team captain and international superstar Cristiano Ronaldo, which even saw CR7 lose his starting role, seems to have proved too much for Santos to overcome.

Speculation has already begun as to who the next national team manager will be, with AS Roma boss José Mourinho being touted as one of the possible candidates.