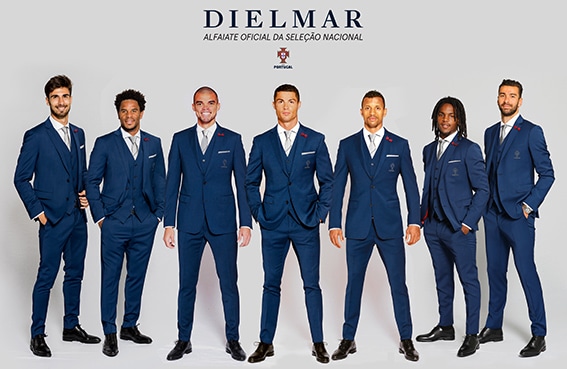 The immediate problems are with the workforce – roughly 300 people, almost all of them living in the Castelo Branco municipality of Alcains.

As news reports have been explaining, this comparatively small disaster threatens the day-to-day of an entire community.

The mayor of Alcains “fears the consequences”, reports RTP, while the company itself – in honouring the dedication of its workforce – acknowledges that the closure of its factory will simply add to the region’s problems of desertification.

In its 56 years of existence, Dielmar has “created thousands of jobs, trained thousands of people and generated immense wealth for the region and for the country, taking the name of Portugal out to the world”, says the company in a statement that alludes to the ‘prosperity and tranquility’ that the Dielmar name has been able to give “many families in Alcains and the surrounding areas”.

The consequences of the pandemic, however – the effect it has had on socialising (and thus the need for people to buy ‘party clothes’, or even ‘office wear’ – have been the final nail in a coffin that opened-up roughly a decade ago.

During that time, the company has been buoyed up with several million euros in State support as well as bank loans.

The State support may end up never being repaid, economy minister Pedro Siza Vieira said this week – which is why the government has decided not to throw good money after bad.

Dielmar’s bank accounts are running at around €6 million in the red, suppliers are owed around €2.5 million, and Social Security another €1.7 million.

Efforts now are on seeing how the 300 factory workers might be absorbed into businesses locally.

For the time being the various Dielmar shops are still open. It could be that some kind of solution is reached to keep them going.

In light of recent census data showing how markedly interior populations have dropped in the last decade, the company has said that “perhaps the insolvency of Dielmar can sound the alert and be the ‘light’ for an urgent rethink of how to deal with the interior, how to support businesses that exist here and which sustain people, the local economy and social fabric”.

As the statement explains, the factory itself predominantly employs women: another aspect that has to be borne in mind for future planning for the region.

“The brand and the know-how of Dielmar remain”, adds the statement. The factory, its equipment – and the workforce’s desire to work remain. “Perhaps with the ‘bazooka’ (long-promised EU funds for post-pandemic recovery) that one day will arrive for the economy of the interior, there might be a second opportunity to give this business the chance of another 50 years…”