Portugal Resident
Home Original End of an era at Zoomarine 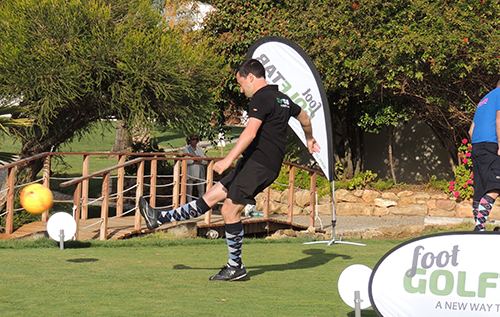 Zoomarine dolphin Sam, reportedly the oldest male dolphin in the world, has died at the age of 50 after spending the past 20 years entertaining thousands of guests at the theme park in Guia.

When Zoomarine first opened its doors to the public on August 3, 1991, Sam was one of the dolphins that first performed for guests at the aquatic theme park and was considered to be “part of the family”.

Sam died on February 13. Marine biologist Élio Vicente said: “He was the oldest male dolphin in the world and left us quietly as he succumbed to old age. The weight of his years, many more than is normal for a male of this species, ended up winning in the end.”

Márcia Pereira, who has spent the last 18 years working with Sam, said: “The memories and moments spent with our big boy will never be forgotten. It will be very difficult to cope with his absence but his smile and unique look will always be remembered through the legacy he left us through his children and grandchildren here.”

Élio Vicente added: “Sam had a very full life and filled the lives of many. He helped to reinforce the conviction that different species can and do communicate. He not only taught us a lot, he taught us to be better human beings.”

The death of Sam comes as the park prepares to reopen to the public on March 1 after being closed since November 1, 2010.

Falling visitor numbers during the low season had been cited as the reason behind the park closing during the winter months, the first time it had done so in 10 years.