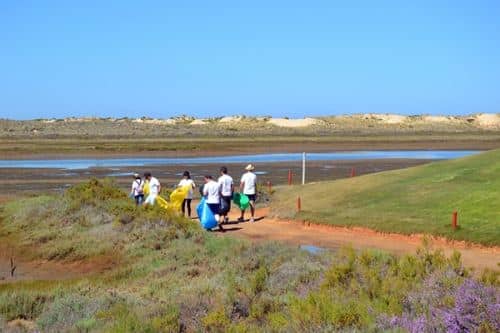 Just like the terrible twos, the seven-year itch and the mid-life crisis, the ‘empty nest’ as a concept is something everyone has heard about. The reality, however, is something that is experienced in an intensely individual way. Personally I thought the terrible twos were just terribly cute, the itch led to divorce and my midlife crisis was sorted by a sports car and a tattoo.

It is 26 years since I had my first child but this summer has seen two move out within days of each and the third, who has just done ‘A’ levels deciding he may delay starting University for the more immediate pleasures of earning, but who knows he may change his mind.

Undoubtedly there is sadness; the eldest who moved out a few years ago then had to move back in following a break-up and by that time he had a child so we gained a great deal in the form of plenty of contact with our grandson. His moving out means no more 6am knocks on the bedroom door with the shout of ‘Sheeela’ – all that indecision about whether to be ‘Granny’ ‘Nana’ or ‘Nan’ to no avail as he has never used anything other than my name. Believe me, there is no sarcasm. I positively sprang out of bed on the mornings he was with us, because when opening the bedroom door what better way could there be of starting a day than seeing his smiling eager face. Small children have this wonderful way of waking up like every day is Christmas Day and I guess in some ways it is for them; but we become jaded and lose the wonder of a new day full of new possibilities. Those mornings will be missed. However the toys all over the house won’t be such a miss, Fisher Price kitchen, duplo, (quite literally everywhere, in fact guests rescue bricks from under their bottoms when they sit on our sofas), ride on cars, Thomas train set not to mention the bath toys!!!

Undoubtedly I will miss the shared joy of peeking at him asleep with his dad, my son, and marvelling at the sheer beauty of his two-year-old form. Thankfully he has moved only a few miles away so there will still be plenty of visits and trips to the park.

With our older children there is also the pleasure of conversation which I hope to enjoy when we meet up for occasions or stay in touch in a more modern ways via a Facebook status, message or even a tweet. My daughter, who moved into a flat in London, then one week later flew out to Spain for a three -month contract in an Abba tribute band, has assured me that Skype is a great way of keeping in touch and I am learning… honest. But I will miss our girly lunches and chats over spritzers and our shopping trips, theatre visits and nights in watching Desperate Housewives.

However, I won’t miss the washing. Grown up children can do it themselves, I know, but they approach it in a different way – the washing bit is fine but if left to their own devices in my house, the entire house seems to be covered with washing the entire time. So muggins mum ended up doing it and with the eldest working in an office the girl being a dancer and the younger boy a footballer, it was the stuff of nightmares. My fella and I are reasonably clean folk, we shower daily and change clothes but the washing we generate is in a different league – I guess we don’t usually pull the routine of getting clothes out, deciding not to wear them, then leaving them crumpled on the floor from whence they find their way unworn into the wash bin …again. No, our washing will be small fry.

So cooking meals for two will be a doddle for as lots of parents know three children can often mean six young folk for dinner when boy/girl friends and general mates are taken into consideration. I also won’t miss the teenage, young adult tendency to be nocturnal. Just as I am thinking of going to bed they head out or worse still …friends arrive. I have never mastered the art of either going to sleep with general noise or staying asleep when I know they are out – even though to date they have always made it back with safety, if a little drama, lost phones wallets and tipsy rows with friends, which usually have not involved the police!

Our neighbours will enjoy a few less cars – they feign tolerance but I know five cars at one house simply must have bugged them, and there was the time when one of our dear children knocked on the wrong door at 3am having forgotten the key!

So I am enjoying a few weeks in Portugal where the most difficult decision is pool or beach, red or white wine. Then it will be back to England to a house far too large for our needs so a chance to down-size and work less and spend more time in our lovely home here.

Am I sad that they are going? Yes definitely. It is the end of an era that quite simply for me will never be again. But it is also great seeing them follow their dreams and live their lives. It also means I can now watch what I want on TV (no more Geordie or Jersey Shore!!) have time to take up a new hobby, (obviously one that doesn’t generate washing – I thought a choir could be good) and I may even start writing the book I have in me. So my empty nest has sadness but also Euphoria. Bring it on!