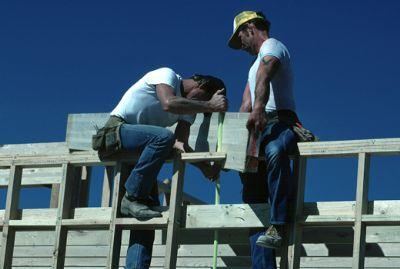 Confidence about job security has fallen to its lowest level since 1986 according to the results of a National Statistics Institute survey.

The expectations of increased redundancies in Portugal among the general public and companies has soared to its highest point since records began 23 years ago.

The results of the survey, published on February 26, coincided with EU results which showed a fall in economic activity at the end of last year in both the Euro zone and Portugal.

The latest indications from both the European Commission and European Central Bank show that Euro zone countries may not yet have hit the bottom in the crisis.

Overall in the Euro zone, the same overall indicators plummeted from 67.2 per cent to 65.4 per cent.

In the Portuguese construction industry, the worst hit, the scenario was particularly pessimistic with indicators falling again in February, although they were better than those registered in the 2003 crisis.

When business leaders and company directors in other areas were asked what they thought would happen with employment in the coming months they were slightly less pessimistic.

In industry however, the replies as to the number of projected redundancies was fairly negative (-31 points in February as against -30 in January). Even so, the historic maximum record of -35 points in 1993 for industry has not yet been reached.

The cloud of pessimism in relation to the employment market is one of the key factors contributing towards the deterioration of the economic environment to levels never before seen in Portugal.

The fall in levels of confidence in Portugal is another sign that the economic recession registered at the end of 2008 might continue well into 2009 and even beyond.

Number of unemployed up by 30 per cent

The number of people out of work in the Algarve has soared, latest figures have revealed.

At the end of January the number of people unemployed in the region was 19,716, an increase of 30.8 per cent compared with the same period last year.

The situation is worse in the Algarve than any other part of Portugal,  where the average year on year increase was 12.1 per cent.

Women make up the majority of those unemployed in the region, with a total of 11,353 females out of work.

Albufeira has 2,688 unemployed and Loulé registered 2,566 people as being out of work. The region’s capital, Faro, has 2,233 people out of work.

Elidérico Viegas, president of  the Associação dos Hoteis e Empreendimentos Turísticos do Algarve(AHETA), considers the increase in the number of unemployed in the Algarve to be a result of the difficulties facing the tourism industry.

He said Algarve tourism has witnessed a “reduction in hotel reservations” and shorter booking times, which has resulted in “employees being contracted for shorter periods”.