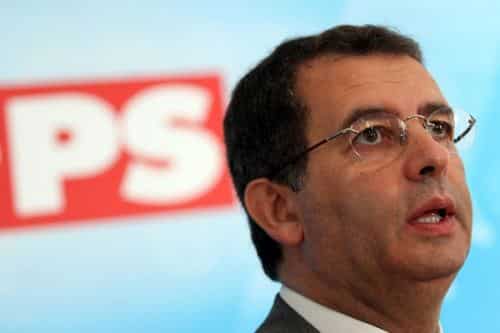 Two basic emergency care units in the Algarve face closure after a cost-cutting and restructuring programme announced by the Health Ministry.

Due to their proximity to the region’s two main hospitals (Portimão and Faro), the Serviços de Urgência Básica (SUB) of Loulé and Lagos have been proposed for closure by the Commission for the Revaluation of the National Network of Urgency and Emergency Care.

Algarve PSD MP Mendes Bota has already slammed the commission’s conclusions and said he would personally take Health Minister Paulo Macedo to meet the populations that rely on these public health services should the government go ahead with the move.

The politician from Loulé, who claims to know the municipality like the back of his hand, said: “I will take him on a tour of the various villages, such as Ameixial or Salir, so he can see for himself that it is not possible to transport a patient to Faro Hospital in less than one hour.”

He highlighted that the ageing populations in the area would only have the INEM helicopter as a speedy means of transportation to the hospital, however “this service is also expected to be suspended in the council”.

Mendes Bota said he would be sending a document to the government detailing his discontent.

The Commission for the Revaluation of the National Network of Urgency and Emergency Care is proposing the closure of 16 basic emergency care units across Portugal.

Although he says there is no need for alarm at the moment as the proposal is part of a technical report that hasn’t yet led to a political decision, Mendes Bota warned that an eventual green light by the government would lead many citizens to opt out of public health care.

“Central government continues to ignore the Algarve reality. In the region, it is not just the residents who are patients. There are many more requiring medical care,” he said, referring to the thousands of tourists who visit the Algarve annually.

“We also cannot allow the inland Algarve to become a desert,” he said. “Most of the elderly living in inland areas do not have means of transportation. The time an ambulance would take to get to them and then to hospital – twice as long – would need to be considered,” he said.

In the Lagos case, the MP highlighted the increased accessibility problems the closure of the facility would generate, not only to residents but also to tourists in the area, and patients in Aljezur and Vila do Bispo councils, who rely on the services.

In the technical report delivered to minister Paulo Macedo, it is also proposed that a reduction in medical specialities at emergency care units is considered.
1″>news