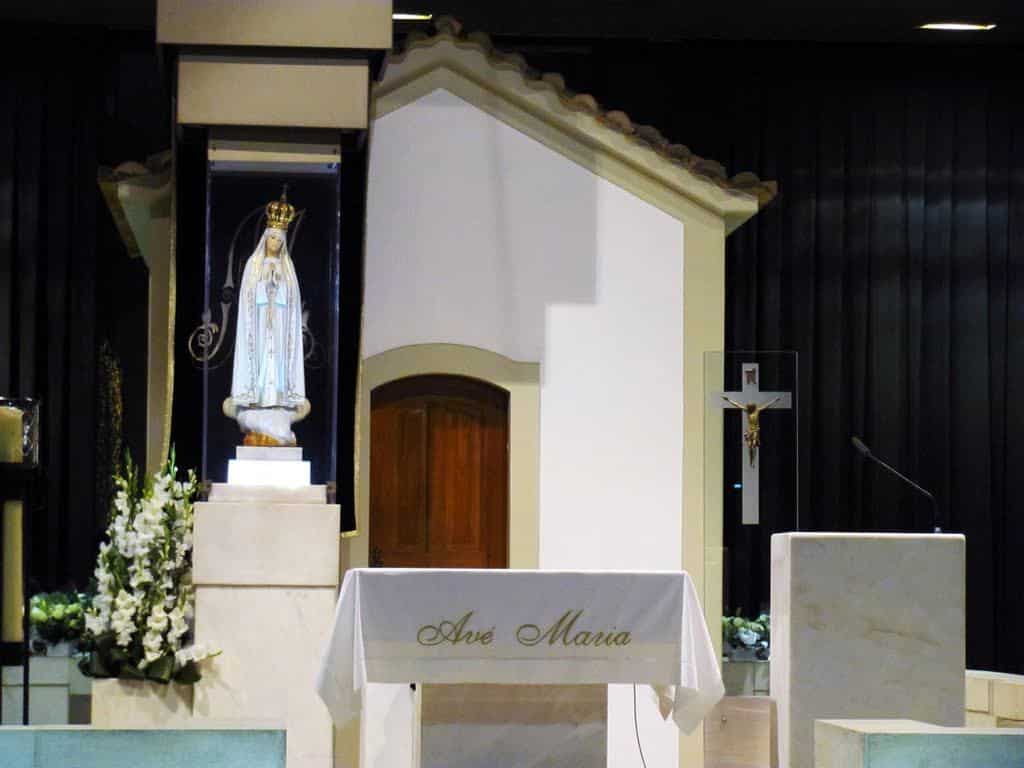 A young man, described as troubled and under the effects of medication, launched a bizarre late-night attack on the Holy Shrine of Our Lady of Fátima on Wednesday, and then failed to appear in court to answer charges on Thursday.

According to national tabloid Correio da Manhã, this was because he has been hospitalised, and the case is now ‘reduced’ to an inquiry.

What appears to have happened is that the 24-year-old drove straight at the emblematic shrine “at high speed”, bursting through the prayer area and hitting a wall protecting the sanctuary’s “Capelinha das Aparições” (chapel of the apparitions) where the image of Our Lady is housed in a protective bubble.

The man is then described as having escaped the wreckage of his father’s car through a window, and launched into an attack with the car jack on the Holy image.

CM says he managed to cause some damage to the outside of the dome “but was intercepted by two security guards” and then arrested by police called to the scene.

There were no people in the area at the time, explains CM, though a recital of the rosary in the chapel had only recently taken place.

Carmo Rodeia, the spokesman for the Fátima sanctuary, said the attack was an “isolated” one by someone who was “very perturbed”.

The young man’s family has been described as “very devoted to Our Lady of Fátima”.