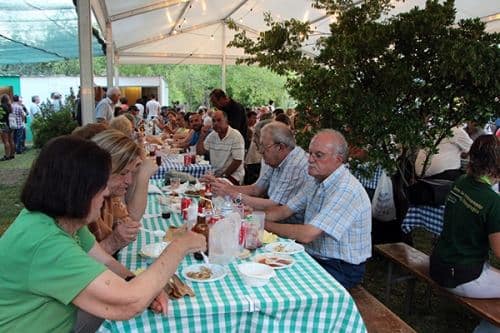 Now officially open to the public, a 340 kilometre picturesque nature trail stretching from Sagres to Santiago do Cacém in the Alentejo, presents an opportunity for all to experience natural beauty spots, many of which have remained undiscovered even by regular countryside visitors.

The Rota Vicentina is more than just your average walking, hiking, biking and horseback riding trail. The specially considered route has taken three years of planning and construction to complete and takes visitors along previously untouched areas of the Algarve and Alentejo. Sixty-per cent of the Rota Vicentina is environmentally protected for its exquisite wildlife and stunning surroundings of breathtaking coastal views and rural, un-modernised towns.

The new route is part of a tourism initiative created to promote areas of the Algarve and Alentejo beyond their popular coastal towns.

Developed to showcase the diversity of the region’s outdoor activities, natural scenery, accommodation, cuisine and entertainment, the area of Costa Vincentina was selected for its secluded, preserved coastal areas.

The main attractions to this area are the natural beauty of its beaches, its unexplored countryside, and the abundance of wildlife that can be found there.

The Rota Vicentina consists of two routes; one designed to take visitors on an historic expedition, going inland, passing through various small villages and towns, and rural farms. The other route offers maximum enjoyment of the coastal scenery, local fishing villages and tranquil sea views.

Routes along the paths are broken up into 13 sections, all approximately 25 kilometres long, which allows walkers to break their journey into manageable days.

The Rota Vicentina committee estimates that the entire route can be completed in 14 days on foot, five days on bike, or nine days on horseback.

Accommodation is available in lodgings, camp sites and in towns close to the route.

Data released by the Alentejo Coastal Tourist Board reveals that during the first half of this year, domestic tourism in the area fell by 16%. There are hopes that the recent introduction of the Rota Vicentina will renew interest in the area that is unknown to or often forgotten about by residents and tourists alike.

According to the official Rota Vicentina website, the new attraction has an “ultimate goal of putting the region on the international map as one of the top nature tourism destinations.”

Marta Cabral, project coordinator of the Rota Vincentina, said: “We are offering a product that is one of the best in the nature tourism industry, especially in southern Europe.

“With regard to the national crisis that we are experiencing here in Portugal, the recently opened route has the potential to hold great significance in the local economy of the area,” she added.

Another walking route, which stretches across the entire length of the Algarve, is the Via Algarviana, a 240 kilometre network of paths stretched between Alcoutim in the east and Cape St Vincent in the west.

For more information about the Rota Vicentina, please visit www.rotavicentina.com or alternatively, contact one of the four project founders: the not-for-profit Casas Brancas Association at www.casasbrancas.pt; the Almargem Association, an Algarve based environmental protection group  on 289 412 959; the Institute of Nature Conservation at www.icnf.pt or the Regional Tourism Entity of the Alentejo at www.visitalentejo.pt