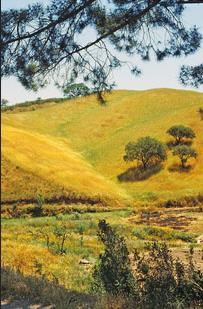 A PROJECT to erect electricity pylons across five counties in the Algarve to Andalucia in Spain is due to start this year after a period of public consultation.

This project, which the national electricity company, Redes Energéticas Nacionais (REN) aims to have completed by 2010, will see pylons across Silves, Loulé, Tavira, Castro Marim and Alcoutim câmaras in the Algarve, as well as the construction of a substation in Tavira which will link the Portuguese electric grid to Spain.

Almodôvar is the only Câmara in the Alentejo region which may also be affected by one of the proposals for pylons included in the plan.

A spokesman for REN said: “The new pylons will reinforce the energy that is needed to feed the Algarve. It is a region that has a high level of growth, above the national average.”

The spokesman said that the link with the Spanish electricity grid is justified for economic reasons and to cut costs, as well as to provide increased capacity.

The line of pylons will pass through the villages of Gavião de Baixo and Pissara, in São Bartolomeu de Messines, Silves, as well as through Alte and Ameixial in Loulé. In Alcoutim, two areas have been proposed for the pylons to cross, one in Odeleite and another near the border with the Alentejo region.

Two proposals have also been included for the location of the substation in Tavira, which are both located in the parish of Cachopo.

Macário Correia, President of Tavira Câmara, said: “The project will have some visual impact for some houses in the area. Any plan chosen will have to cross a significant part of Tavira’s countryside.”

Macário Correia, who is also President of the Área Metropolitana do Algarve (AMAL), the Algarve Câmaras Association, added: “For now, each Câmara will have to see what needs to be changed in their territory. Then obviously, we will discuss this together with AMAL.”

According to an environmental impact study, the pylons will pass close to some dispersed houses in two environmentally sensitive areas, Caldeirão and Guadiana in the Rede Natura 2000.

Negative effects on protected species such as Bonelli’s Eagle have been minimised in the plans by creating a five kilometre radius around known nests where no pylons will be erected. In Castro Marim, the pylons will pass through two areas where protected bat species live.

Of the two proposed areas for the construction of the substation, one requires cork oaks and Holm oaks to be cut down.

Luís Brás, a spokesman for environmental association Almargem, told The Resident: “We are currently studying the project which has been made available for public discussion. The proposed pylons cover such a great length, which means that a lot has to be looked at in terms of nature conservation.”

This project is currently under public discussion and is available until April 4 at any of the câmaras involved.