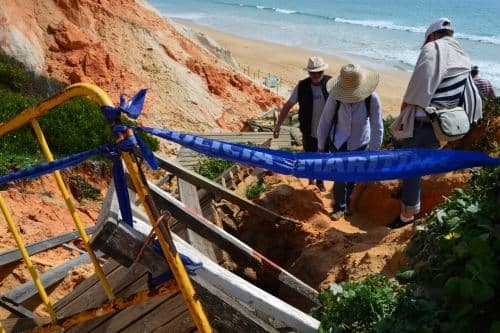 Algarve resident Gerry Breen, from Lagos, has announced that the electric car that he designed has now moved into the pre-production phase.

The Breen Machine, designed by Gerry who previously designed many of the early microlight aircraft, has a cruising speed of 50kph and costs only 25 cents in electricity to complete a journey of between 60 and 80 kms.

The electric car uses a combination of pedal power and electric power and can travel more than 100kms before it needs to be recharged.

Gerry Breen said: “The main advantage of being able to pedal gets around the problem of being stuck by the side of the road when a normal electric car runs out of power.

“The other advantage of the vehicle is the fact that it is much lighter than any other of its kind and can even be dismantled to be carried onto an aircraft.”

Gerry Breen has been working on the project for the past two years with Phill Gilbert, the Chief Flying Instructor at the Algarve Airsports Centre.

With the Breen Machine having successfully travelled across the US with Gerry, it is now ready to move into the pre-production phase.

“I am trying to see if the machine could be produced in Lagos to bring some much needed employment for the region in this fast growing market for electric powered vehicles, however in the current economic climate, production may sadly have to start in China.”