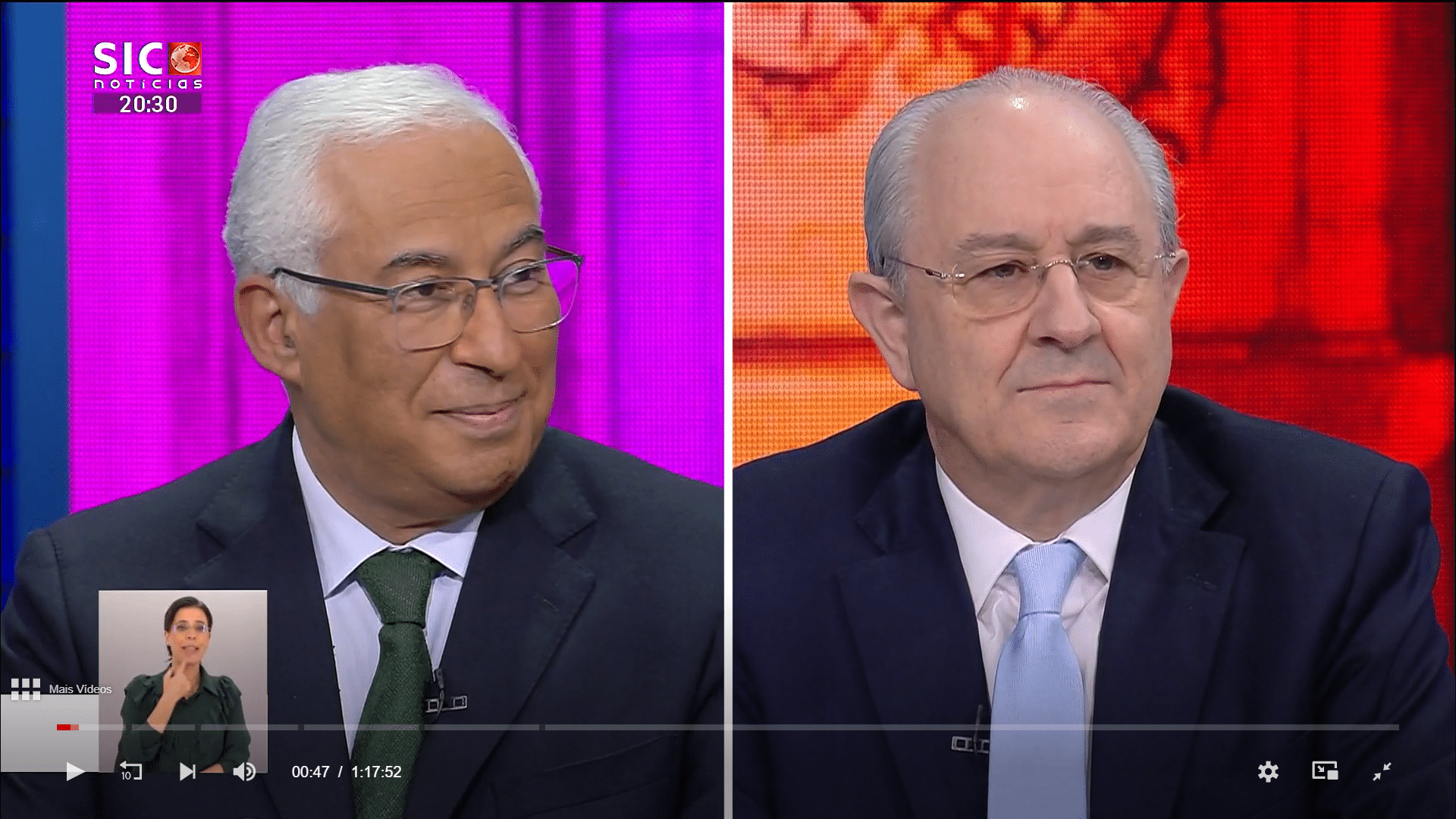 Following last night’s ‘head-to-head’ between Portugal’s current PM and the man who seeks to dethrone him nothing is any clearer.

Some commentators say Socialist António Costa won the debate by showing that his PSD rival seeks to control the appointment of magistrates and cannot put a date on when his party will reduce taxes; others stress the pointlessness of the whole exercise.

“An absolute majority was the only reason António Costa put his former comrades (Bloco de Esquerda and PCP communists) against the wall”, columnist João Pereira Coutinho writes in his regular Nação Valente slot.

But “in none of the scenarios is this majority guaranteed”.

The best the country can hope for is a PS government supported by PAN, and possibly Rui Tavares of Livre (which doesn’t even have an MP elected yet); the worst is that it has to fall back on the “haggling” it used to have to deal with with the ‘geringonça’ alliance of the further left.

Whatever happens, Pereira Coutinho thinks it will be a “bitter victory” for a politician gunning for “his release from slavery” to parties whose ideologies kept pushing him further to the left…

But according to a telephone poll carried out for tabloid Correio da Manhã – involving citizens of voting age from all areas of the country: slightly more women than men – that is precisely what the electorate want: a re-run of the ‘geringonça’ that brought PS Socialists to power in 2015.

As the newspaper admits, “rejection of the absolute majority leads to the conclusion that the majority of those questioned continue to prefer a new edition of the ‘geringonça” – even though it was the ideological differences between these more radical parties and the PS that prompted the country’s so-called ‘political crisis’.

Two other salutary messages coming out of the poll are that 61% of people believe the elections should have been avoided (other European countries have seen budgets fail without governments being dissolved and elections called), while 52.3% would prefer the government makes a pact for the next legislature with Bloco de Esquerda, to 30.8% who would prefer a deal with the communists.

Whichever way one looks at these ‘results’, they do not promise much in the way of “turning the page” on Portuguese politics.