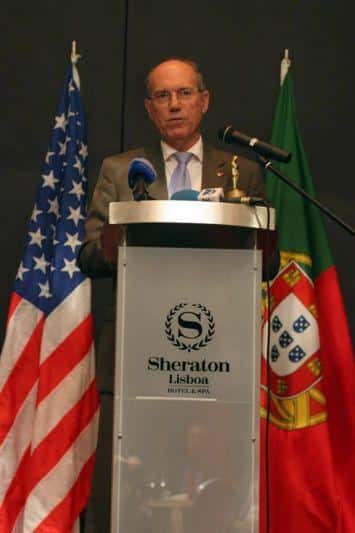 The proposal by Colombian entrepreneur German Efromovich to buy TAP Portugal would have been “strategically good” for the airline, said its president. However, the Portuguese government rejected the deal in 2012 when privatisation of the airline was put on hold.

Fernando Pinto (pictured), president of TAP Portugal, said Efromovich’s proposal was good for the company and that the entrepreneur was still “enthusiastic” about closing a deal with the government, which was “handling the process with utmost care”.

Speaking at a recent lunch by the American Club of Lisbon, the TAP president said the proposal was good for the airline in terms of synergy opportunities. “It is strategically good,” he said, adding that these views were included in a report from TAP presented to the government as part of the privatisation programme.

When asked about the airline’s current strategy to meet the difficult times ahead, Fernando Pinto said TAP would be “surprising” the market in 2014 with new opportunities for both personnel and passengers.

“There will be an increase in the number of flights, new routes and improved equipment,” assured the airline’s president.

Two new long-haul and four medium-haul aircraft are to be received by the airline next year.

TAP also announced that, next summer, flights to Rio de Janeiro, Salvador, Belo Horizonte, Porto Alegre and Natal, all in Brazil, would be reinforced.

Meanwhile, the privatisation programme for TAP is expected to be re-launched in 2014, along with plans to privatise REN, the national energy network, and EGF, the waste management arm of Águas de Portugal.