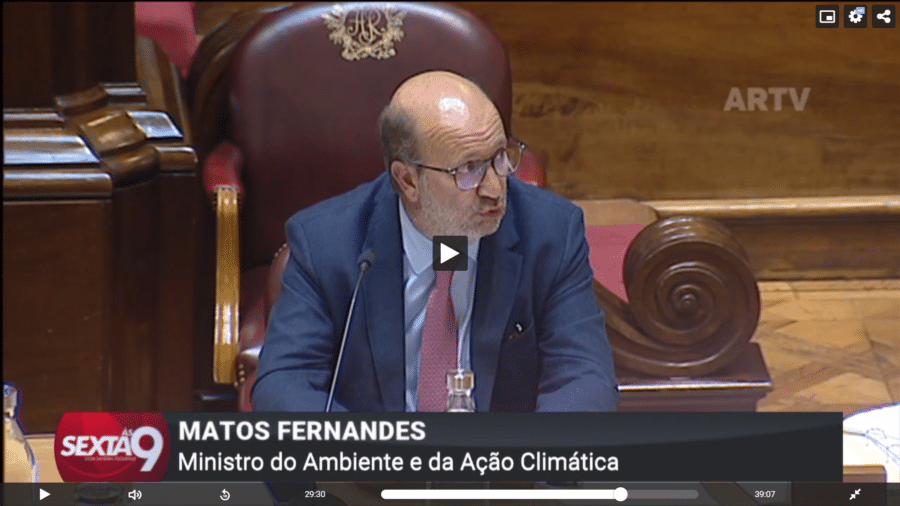 Environment minister João Pedro Matos Fernandes appears to have been caught out in yet another lie in the scandal enveloping EDP’s €2.2 billion sale of six hydro-dams in the Mirandesa region of northeastern Portugal.

Following on from all the insinuations and allegations levelled in last Friday’s Sexta às 9 programme (click here), the Movimento Terra de Miranda – the cultural organisation made up of engineers, teachers, musicians, lawyers, economists, agronomist and those passionate about preserving the heritage of the region – has issued a new press release, headlined: “yet another scam?”

As previously explained, the movement was responsible for ‘alerting the government back in September’ that the sale of the six dams by EDP to French company Engie was likely to evade over €100 million in stamp duty (‘imposto do selo’).

Matos Fernandes has already been pilloried for describing this warning as a ‘meeting designed to ask a favour’. He actually told parliament “they came to ask for a little something for their sausage fair…”

Nothing could be very from the truth, or in the words of the movement ‘more vile’.

But now it seems Mr Matos Fernandes has done it again. This time, it is over the business address of one of the companies created as part of the alleged EDP ruse to escape taxes: Movhera 1 – Hidroelétricos do norte SA.

Says the movement’s latest press statement, the minister ‘declared in parliament’ that Movhera 1 was based in Miranda do Douro. “This is not true! Movhera has its business address in Praça Mouzinho de Albuquerque 113, in Porto. And this has three very negative consequences…”

The first, says the release, is that now ‘no one can believe a word this minister says’ (“which we already knew!”).

Second, it suggests that Movhera only intends to make use of the natural resources of the area (Terra da Miranda) and “is not interested in contributing” in any way to its development.

And third it “signifies that the Terra de Miranda will continue to be plundered – not simply of the immense wealth produced by its resources but by millions of euros in tax revenue, including those that should have come from municipal taxes”.

All this is “unacceptable” says the movement that is getting its messages well into the public eye now.

The movement affirms that it “cannot keep its disgust silent in the face of a persistent extractive strategy that is responsible for the economic impoverishment and loss of more than half of the (local) population”.

Thus the government must “oblige Movhera to comply with the condition set which it set itself for authorisation of  the sale of the six dams” – and this was that the company would have to have its base in the Terra de Miranda (for the benefit of the local community, through taxes).

“If Movhera makes good, it can count on us. If it wants to maintain the abusive, looting strategy of EDP, it will have our strong and determined opposition”, the statement concludes.

And now all eyes are on what will happen next…