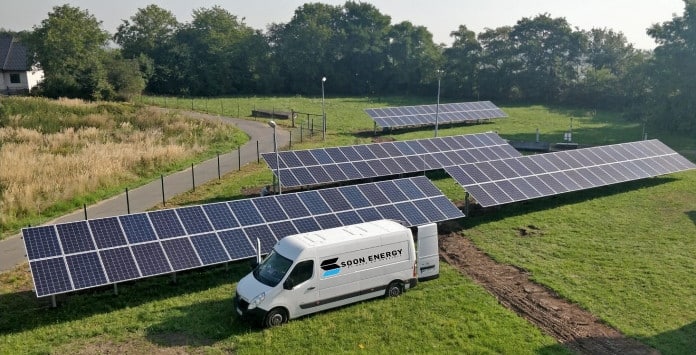 “We are committed to growing within Polish market”, says executive director

Without disclosing ‘the value of the deal’ (ie how much money has changed hands) EDP announced today that it is acquiring Polish solar energy company Soon Energy, which has more than 25 megawatt-peak (MWp) installed in projects across Poland.

“With the acquisition of Soon Energy, EDP Comercial gains access to a local sales force with around 400 sales agents and a team that has been specialising in providing sustainable energy solutions for the business segment,” says the Portuguese energy giant, formerly owned by the State but now held by largely by China Three Gorges, BlackRock (which only yesterday increased its shareholding to 10%) and other sundry shareholders.

According to EDP, synergies with Soon Energy – which had revenues of six million euros last year – will allow the company to grow five times its current presence in the Polish market, which it entered in 2020 through EDP Energia Polska.

“We are committed to growing intensely in the Polish market and believe that this acquisition is the right step to increase our ambition,” executive director Vera Pinto Pereira said in the company’s official statement.

“The sale, construction and maintenance of decentralised solar installations is one of the growth axes of EDP’s business plan until 2025,” says the energy giant, which aims to have more than two GW installed in households’ homes and in businesses on a global scale.