EDGE International Lawyers held its “Life After Brexit – Living and Working in Portugal” presentation at the Conrad Algarve in Almancil on Thursday, December 12 – the same day as the UK’s general election.

“We are on the cusp of the most important British election for a generation,” said Geoffrey Graham, senior partner for EDGE and one of the speakers during the presentation (with the second speaker being EDGE partner António Pinto).

With Geoffrey himself having 20 years of experience living and working in Portugal, he stressed the importance of the very large community of Portuguese and UK citizens who have coexisted for hundreds of years.

“Today is such an important day for the future of Britain’s relationship with the EU,” he said.

With roughly 30 people in attendance, the seminar focused on discussing and answering questions about Brexit and related opportunities for UK residents and citizens.

The seminar was divided into two parts for each speaker, with Geoffrey presenting the first half. He began by discussing the Treaty of Windsor, enshrining the alliance between Portugal and, in fact, freedom of movement between the two countries and then turned to the detail of the Withdrawal Agreement (which included Part I: Initial Provisions and Part II: Economic Partnerships). Following this overview of Brexit, Geoffrey transitioned into talking about the specifics regarding mobility, trade, impact on specific industries, and the different views of Labour/Conservative government.

MOBILITY BETWEEN UK AND EUROPE

During the discussion of mobility between the UK and Europe, Geoffrey discussed factors including Travel, Goods and Employment, bringing up points such as potential new processes for customs and border checks, the possible restriction of free movement of labour, whether British citizens who have not already established residency rights in an EU country will need a work permit, trade relationships, and the possibility of Portuguese nationality as a solution should Brexit go into effect and thus lead to the UK exiting the EU on January 31, 2020.

TRADE BETWEEN UK AND EUROPE

Following the mobility discussion, Geoffrey talked about the impact on specific industries, such as credit institutions/financial services. Geoffrey mentioned that should Brexit happen, certain entities that wish to continue to operate in Portugal will have to commence an authorization process.

Another specific industry he discussed that would be potentially affected by Brexit are the aviation and travel fields, which he mentioned to be “global industries influenced by international trade and politics”.

Afterwards, Geoffrey started breaking down several “practical scenarios” for those with UK businesses/business owners seeking to either continue trading with Portugal, reside in Portugal, or set up a subsidiary with British staff in Portugal after Brexit. These scenarios would only apply in circumstances where residency rights have not already been established prior to Brexit and would also be largely driven by the terms of the final agreement reached between the UK and EU after the end of the transition period (December 31, 2020). The three possible scenarios are as follows:

Practical Scenario 1: You have a UK business and seek to continue your trading relationship with Portugal

Practical Scenario 2: …And you want to live in Portugal

Practical Scenario 3: Your UK business wants to set up a subsidiary in Portugal and to populate it with British staff

– To stay for more than three months or to work, a visa may be required
– Can open a bank account through the Portuguese subsidiary
– Digital goods can be imported without VAT check and customs
– Other goods may pay VAT and customs duties

Geoffrey then moved on to discuss the differences between the Labour government and the Conservative government.

According to their manifesto, the Labour government “wants to stop a no-deal Brexit due to the fact that it would do enormous harm to jobs, rights, security and to the UK’s NHS”. Instead, the Labour government would rather opt for a “New Brexit Deal”, which would avoid a hard border in Northern Ireland, provide a UK-wide customs union to benefit from UK-EU trade deals, and offer legal protection for citizens’ rights.

Contrarily, the presentation stated that the Conservative government’s main objective is “to get Brexit done”, with the idea for new post-Brexit freedoms that would transform UK, have no unique political alignment with the EU, exit the single market, and not extend the implementation period beyond December 2020.

After Geoffrey presented the first half of the discussion, António Pinto took the podium, highlighting Brexit solutions and the “practicalities of living and working in Portugal and preparing for Brexit”.

António began by mentioning the over 500-year-old alliance between Portugal and the UK, making it the oldest alliance in history. The Anglo-Portuguese Alliance (also known as the “Treaty of Windsor”) dates back to May of 1386, and one that Sir Winston Churchill himself said to be an alliance “without parallel in world history”, according to the presentation.

“This situation is like a married couple,” António said in a personification of Brexit, “there are some things that need to be discussed and worked out.”

He continued touching on how close of a relationship Portugal and the UK share, mentioning how there are nearly 50,000 British citizens living and working in Portugal. This means that those from the UK amount to being the third largest foreign nationals community in Portugal. On top of this, 25% (roughly two million) of Portugal’s annual number of tourists are from the UK.

“Flights from UK and Ireland represent almost half of the flight movement for the airport in Faro,” he said.

Some of the factors that make Portugal so attractive for UK citizens both looking to visit and/or reside in this country are the lower costs of living, identical time zones, a hub for technology, and the fact that English is so widely spoken (especially in the Algarve).

António assured that a life after Brexit already exists for many, discussing the differences and requirements of current residency options (such as temporary, which grants five years, versus permanent residency, which grants 10 years). António also briefly touched on factors like healthcare, banking and driving licences and how British citizens may anticipate those changes post-Brexit.

With Portugal known for having the fifth strongest passport in the world based on the requirements of policy of tolerance and current relationships with countries like South America and Africa, he said Portuguese nationality may be the desired route for some wishing to remain in the country if Brexit were to become official.

“Having a Portuguese passport is actually a quite good solution,” he said. “Portugal has always been a country with a good reputation with the rest of the world, which definitely helps open doors.”

Continuing on this topic, António discussed how the Portuguese government promised to keep rights of British citizens on the condition that reciprocity exists.
Additionally, both he and Geoffrey said that pending requests for the recognition of professional qualifications in Portugal will be recognised, so long as those requests are presented prior to Brexit.

“The Portuguese government is doing more than lip service to the protection of British citizens’ rights in Portugal in that they are already thinking about practicalities post-Brexit, and cleverly I would say,” Geoffrey said, “I think it was good news to see that some ingenuity has been used in finding solutions.”

At the end of the presentation, Geoffrey and António presented the specifics of an “all-in-one” legal service package offered by EDGE, which the pair said aims to provide “full support” to individuals, their businesses and their families and covers factors such as property acquisition, tax advice, residency/nationality applications, company/commercial and other related services.

The event was followed by a Q&A session, and then guests were invited to join the team for cocktails outside of the presentation room. 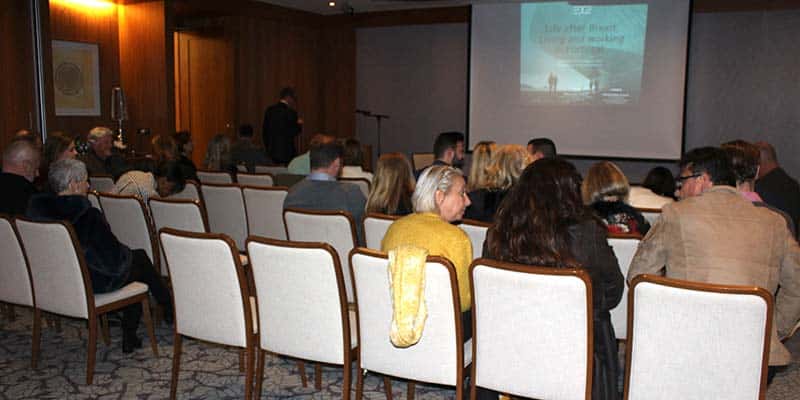 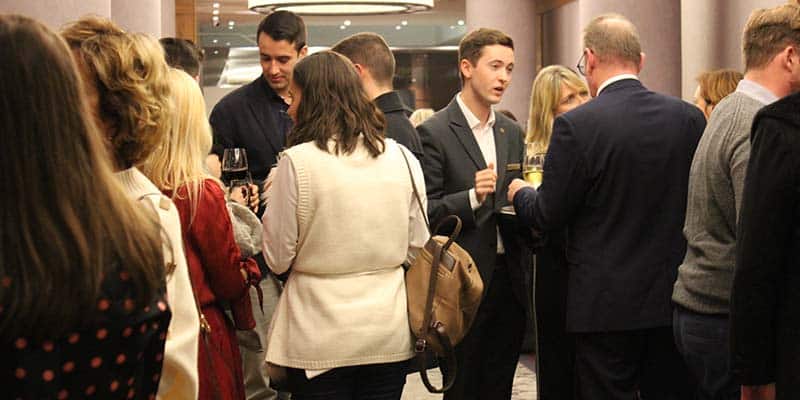 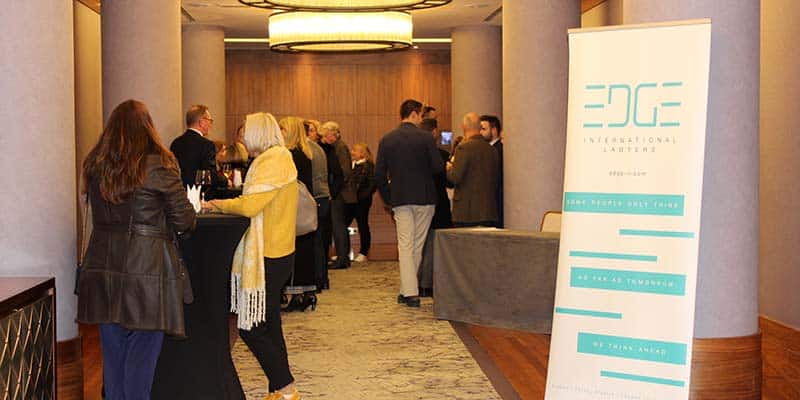