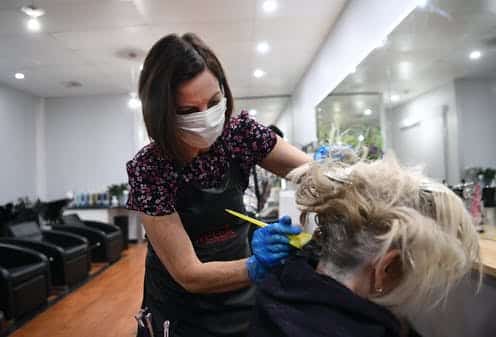 Minutes after he laid out the roadmap – already largely pre-released to the press over the last few days  – prime minister António Costa made his own announcement from the Palácio de Ajuda in Lisbon saying the future depends on the efforts of every single citizen to make a success of Portugal’s re-emergence to the world of business.

In other words, measures of social distancing and hygiene must remain.

“The virus doesn’t travel on its own”, stressed the PM. “It needs us to spread it”.

It is therefore every citizen’s “civic duty” to ensure they don’t “compromise all the hard work of the last two months” by ignoring authorities’ advice.

To this end, the State of Emergency ending at midnight on Saturday will morph into a State of Calamity – where people are still bound by restrictions and the need to keep as much to themselves as possible.

As to the ‘roadmap’, it begins on Monday May 4, with the reopening of:

Also permitted from May 4 will be any kind of ‘individual sports’ practised in the open air. This particularly refers to surfing and body-boarding – activities that under the State of Emergency were expressly forbidden. Weekend fishing – off beaches and in rivers,  suspended during the State of Emergency – is also back on the ‘can do’ list.

As has been previously explained, after these changes authorities will take the next two-week period to assess whether they go on to cause too much of a spike in infections.

The prime minister has continually stressed there will inevitably be an increase in the risk of infections – it is simply up to everyone out and about using services and entering shops to maintain self-discipline and keep themselves and others as safe as humanly possible.

If all goes well, May 18 will see the reopening of:

Again, if DGS health authorities see no reason for concern and the subsequent two-week period goes forwards without any cause for alarm, the final phase of reopening will take place on June 1, when shopping malls, cinemas and theatres, along with Citizens Bureaus (Lojas de Cidadão), creches, after hour tuition centres (ATLs) pre-school and all other businesses not already open will be able to return. This suggests bars/ gyms/ hotels/spas etc. all desperate for orientation will get it for an opening in June.

The final weekend of May has also been scheduled for an end of restrictions on ‘religious gatherings’ and Premier League football games, to be played behind-closed-doors (ie still without fans in the stands).

These measures have taken weeks of discussions to chart and could be reversed at any point if infections spike dangerously.

That said, PM Costa spent quite some time outlining Portugal’s ‘successes’ – from the point two months ago where the risk of infections represented a value of R 2.53 (meaning each infected person was liable to go on to infect 2.53 people) to the current situation where the country as a whole is at a much-more comfortable R0.92.

Other details of Portugal’s State of Calamity involve a restriction on gatherings to a maximum of 10 people, funerals involving family members only (no restrictions on the number, but they must be family members) and ‘teleworking’ to be continued until June 1, and then only progressively reduced.

Said Mr Costa, rules for different sectors will be published in Diário da República on Saturday.

Meantime, it’s a question of ‘going forwards with great care’.

Pundits are already predicting ‘chaos’ when it comes to phoning ahead for appointments at government offices. These are issues that will become clearer as the month of May progresses.

One point that has been clear is that Portugal is not prepared to put its senior citizens under any form of extra restriction: they are to be vigilant and careful like the rest of us, but not stigmatised or made to feel that they cannot be responsible for the way they choose to live.