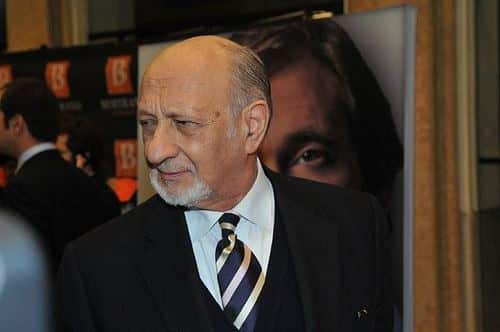 In parliament this week, Portugal’s prime minister pointed to 2015 being a “turning point”: a moment when Portuguese people would recover lost salaries and their purchasing power.
But as the encouraging words went out on national TV, elsewhere respected economist, former Finance minister and undisputed sage Medina Carreira was saying quite the opposite.
The 82-year-old pundit suggests Portugal is on the road to yet another major financial crisis – and that it will be here “in a few years” time.
The reasons, he says, are two-fold. The country continually fails to attract sufficient investment, and it cannot get to grips with its public spending.
Blaming the 13 Constitutional Court judges for this latter failing, Carreira put the dilemma in a nutshell. The troika’s original blueprint for Portugal involved reducing state expenditure (two-thirds of the equation) and increasing taxation (one-third).
“But this didn’t happen,” he told a congress of lawyers organised by firm Rogério Fernandes Ferreira e Associados. State expenses “should have dropped 66%”, he explained, but because of Constitutional Court vetoes they dropped only 22%.
Revenue from taxes was to increase by 30% but instead it ballooned by 78%, and thus “all financial previsions were rocked”.
The effects of the BES banking crisis (“which as the prime minister said will be difficult to quantify but are certainly negative for the Portuguese economy) and the knock-on effect of the trade embargo with Russia have all contributed to a decrease in economic growth, he added.
No matter what 2015 brings, Portugal needs to grow much faster to stay ahead of the game, Carreira warned.
As journalists covering the congress agreed, “it is impossible not to listen to Medina Carreira”, so vast and keen is his experience.
But if we accept what he is saying, “it is very likely that within a relatively short space of time” Portugal will once again be asking its creditors for a bailout.