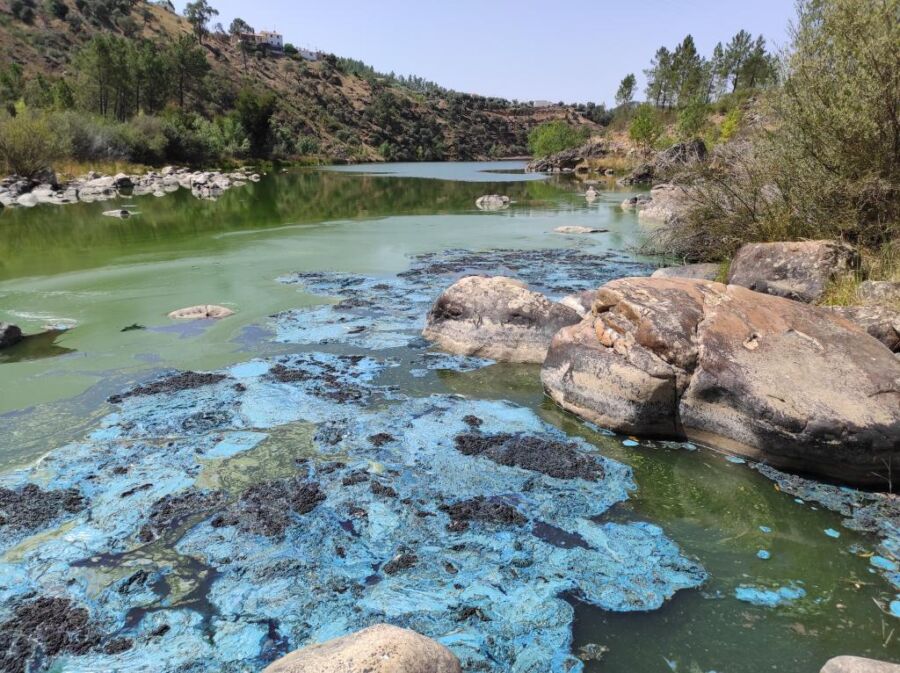 Four environmental associations have appealed to the minister of the environment to intervene and stop the pollution in River Ocreza (Castelo Branco), “which once again is extremely polluted” – an episode that they say is repeated annually.

In an open letter proTEJO – Movement for the Tagus, the Association for the Development of Sobral Fernando (ADSF), the Movement for Ecological Action (MAE) and the Platform for the Defence of the Santa Águeda / Marateca Reservoir (PDASA) called on Duarte Cordeiro to take action.

“This situation occurs after the discharges of water from the Marateca dam (or Albufeira de Santa Águeda) and, like last year, has been reported to the Nature and Environment Protection Service – GNR and the Portuguese Environment Agency, the municipality of Proença-a-Nova, Vila Velha de Ródão and Castelo Branco,” they stress.

The groups insist that whenever there is a discharge from the Marateca dam, “the river water turns green, smells bad, presents a large concentration of foam, with bluish areas, a foul smell, and black sludge on top of the water, suggestive of the presence of cyanobacteria”.

The associations accept that enormous discharges made by the dam are intended to maintain ecological flow, but as they occur “only in a single moment”, they are totally unnatural, particularly in a year of such generalised drought.,

In May, PDASA filed several criminal complaints over “evident environmental crimes” in the area, suggesting fish and birds have been dying as a result of the issues of pollution.

In this context, the groups propose rehabilitation of the area: the planting of oaks and other autochthonous trees in places where they have been cut down, the removal of existing cherry trees near the banks of the reservoir, the opening of (old) accesses to the water plane that have been closed off and of special accesses for civil protection emergencies, and the provision of public information about what can and can’t be done, and where, in the 50-metre reserved area around the reservoir and on the water plane.

They also asked the minister to intervene in the reserved area that enables the full enjoyment of the reservoir with authorised sports and leisure activities and the review of the management plan that, according to the Reservoir Management Plan, should have been carried out in 2015.

“Doesn’t the environment and climate action minister agree that it is a disgrace to have these levels of pollution in the Ocreza river valley?” they ask.

UPDATE: Tragically this call for action for a river that leads on to the Tejo comes in the same week that stories have described algae bloom on certain stretches of the Tejo that “make the water look radioactive”. In certain areas people can now actually cross the Iberian Peninsula’s longest river … by foot. Say reports, “the Tejo is dying, bit by bit”.