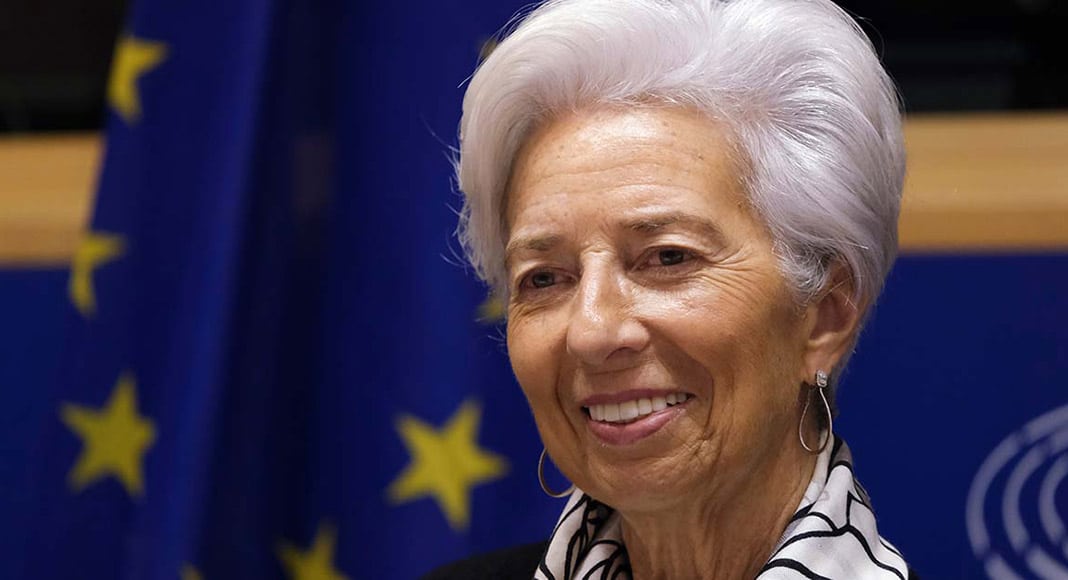 For British expats (or soon-to-be expats) moving to Portugal, it’s been a slightly quiet few weeks regarding the pound-to-euro exchange rate. Seeing minor volatility, GBP/EUR has maintained its position around the 1.17/16 mark.

Now, this could all be about to change. With the European Central Bank taking an unexpected turn on its monetary policy on Thursday and potential sterling weakness to come, it could be heady times for those looking to move money to Portugal.

In this article, we’ll go through some of the events of the last week and discuss what impact they’ve had on the currency pair.

Euro strength
On Thursday, Christine Lagarde, President of the European Central Bank, announced that the ECB will now be more tolerant of inflation that overshoots the targeted 2%. Before, the aim was to maintain inflation at below but close to 2%.

The announcement was unexpected. In the world of foreign exchange, news stories that have a real impact on the value of currencies are the ones that come out of the blue, as it means they’re not already priced into the markets. The ECB’s call to tolerate overshooting inflation targets went against market expectations.

The fact the announcement had a positive impact of the euro’s value seems counterintuitive. Higher inflation tends to lead to a currency becoming weaker. Rising prices mean that it can cost more to export, making that country or region’s currency less in demand.

If this is the case, then why has the ECB’s announcement that they’re okay with exceeding the inflation target cause the euro to appreciate?

The difference between the policies of the European Central Bank, the Bank of England and the Federal Reserve is that while the ECB says they’ll tolerate an overshoot in inflation rates, its American and British counterparts actually intend to overshoot.

It’s a less aggressive monetary policy, and it could be why we’ve seen demand for euros rise in the previous couple of days.

Pound weakness
The downward shift we’ve seen in the pound-to-euro exchange rate in the last couple of days isn’t solely down to euro strength. The pound has had a rough week.

First off, the UK governments certification the majority of coronavirus restrictions will be dropped on July 19th gave sterling a boost when it was first announced on July 4th. Since then, however, the news may be weighing heavy on the currency.

While wearing a mask in public spaces will become a matter of choice, having to self-isolation if you or someone you’ve been near has tested positive is a legal requirement.

The Financial Times has estimated that for every person who tests positive, another two people will need to self-isolate. As Sajid Javid has said 700k people are testing positive a week, then it would mean a total of 2.1 million people will have to self-isolate a week.

This is cause for concern for UK businesses, who are anxious about experiencing staff shortages if their workers are made to stay at home. It’s particularly worrisome for hospitality businesses, whose payroll consists of young, unvaccinated staff.

It has even meant that some bars and restaurants have had to close their doors until their staff are allowed out of self-isolation.

The pound rallied in the first half of the year largely due to the expected bounce-back the UK economy would experience thanks to its sophisticated vaccine programme. But the need for millions of workers to stay indoors over the next month could dampen and delay this return to form.

The psychological impact of rising cases
Despite some optimism around lockdown ending and the excitement of reaching the Euros final, the daily rise in cases of the Delta variant is taking its toll on consumer confidence.

According to analyses from Deutsche Bank, consumer confidence actually fell in people aged 50-64 years old. This is despite the fact that this age group is more or less double dosed, and there’s some reasonably watertight evidence that the vaccine has broken the link between rising cases, hospitalisation and deaths.

The issue here is that people in this demographic have high purchasing power. As such, if they’re not willing to go out and spend, it could negatively impact the UK’s economic recovery in the near-term future.

Consequently, this could affect the Bank of England’s attitude towards tightening monetary policy, raising interest rates and slowing down its quantitative easing programme. In turn, this could dampen investor confidence in the value of the pound over the next few months.

What does it mean for me?
So, it looks like the Great British Pound may be heading for some rocky waters ahead. This may worry you if you’re a soon-to-be British expat planning a move to Portugal.

At Privalgo, we offer currency solutions that can bring you peace of mind. We allow you to lock in a favourable pound-to-euro rate for a certain timeframe. This way, you’re essentially able to hedge your bets.*

It means that whatever happens to the pound and the euro, your transactions and your budget remain consistent.

*FX forwards offered by us are a contractual agreement with Privalgo to lock in an exchange rate for two currencies for an agreed future date and are not intended to be an investment product. In exchange for removing potentially costly currency fluctuations you are locking in an agreed rate and will not be able to change that rate and will not get the market rate on the day the contract ends. Privalgo will ask for an initial deposit and depending on currency fluctuations we may request further deposit payments during the life of your contract. Privalgo Limited is a private limited company (number 11219580) registered in England with their registered office at 25 Eastcheap, London, EC3M 1DE, United Kingdom.