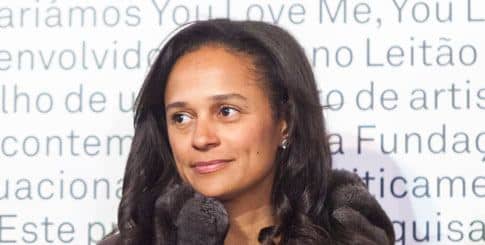 The European Commission is actively “questioning Portuguese authorities” over the €195 million sale last year of Efacec Energy Solutions to Isabel dos Santos, the daughter of the president of Angola and purportedly the richest woman in Africa.

European commissioner Vera Jouová wants to know if “the rules for the prevention of money-laundering” were complied with, considering Dos Santos is “politically exposed” and was only recently voted as the 6th most perceived case of corruption worldwide in a poll conducted by Transparency International.

Forbes magazine journalist Kerry A Dolan wrote in 2013: “Every major Angolan investment held by Dos Santos stems either from taking a chunk of a company that wants to do business in Angola or from a stroke of the president’s pen that cut her into the action. Her story is a rare window into the same, tragic kleptocratic narrative that grips resource-rich countries around the world”.

Thus Jouová – put onto the case by Europe’s parliamentary intergroup on integrity, transparency, corruption and organised crime – wants to verify if everything was above board, particularly since Dos Santos nailed the deal with four loans from Portuguese banks, including State bank CGD which uses public funds.

According to Expresso, Europe’s corruption watchdogs – among them feisty Socialist MEP Ana Gomes – have supplied Jouová with detailed financial documents which suggest the purchase of 65% of Efacec was not in the least bit above board.

“The documents, which Expresso was given access to, prove participation of ENDE, the Angolan public energy company directly controlled by the government of José Eduardo dos Santos,” wrote the paper.

Dos Santos involvement in Portugal is large. She owns a nearly 7% chunk of oil and gas firm Galp, and nearly 19% of BPI bank.

She is also a controlling shareholder of Portuguese cable TV and telecom firm NOS (formerly Zon).

Refusing to be drawn into the gathering imbroglio, sources speaking for Dos Santos have said that she is an “independent businesswoman and private investor, only representing her own interests.

“The investment Isabel dos Santos has made in Portuguese and Angolan companies are transparent and have been made through transactions on the arm’s length principle, involving external entities such as banks and reputable law firms.”

As to the authorities that Jouravá is questioning, Expresso is “for now, not identifying” them.