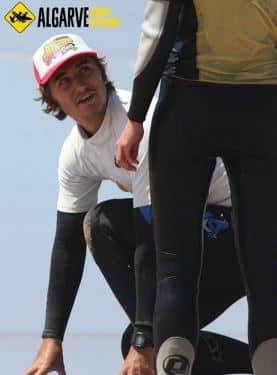 Tourism officials are looking forward to positive performances for the sector in the Algarve region, which is expecting close to a ‘full house’ over the Easter holidays.

The president of the Algarve’s hotels and tourism resorts association (AHETA), Elidérico Viegas, told the Algarve Resident: “I believe we will be close to 100%.”

The Portuguese holiday season has officially begun and tour operators are already showing sales for the summer months, however, the trend seems to be to make the most of last-minute deals, with Easter weekend being a much awaited opportunity by the local tourism industry.

National bank holidays on April 22 (Easter Friday) and on April 25 (Revolution Day) alongside a strained economic climate in the country anticipate that a large influx of Portuguese tourists will be travelling to the Algarve, rather than heading abroad, for the long weekend break.

In recent years, the presence of Spanish tourists in the region has also increased and is expected to continue, not only because of the global financial crisis that means the country’s geographical proximity is an advantage, but also because of the cheaper rates being offered by the many hotels in the Algarve that have also felt the pinch.

With Easter falling later this year, warmer than usual weather is expected, with the Algarve’s beaches becoming an attractive proposition for the many Northern European tourists who are likely to head south.

Political tension in Northern African countries may also be responsible for an increase in tourist numbers in the Algarve and with the decision to implement tolls on the A22 being on hold until a new government is elected in June, this is likely to be another factor in favour of the region.

Meanwhile, hotel occupancy levels in the Algarve for March 2011 were recorded as being at an average of 46.6%, an increase in comparison to the same period last year according to AHETA.

The average occupancy level had increased by 1.9% compared to March 2010, although AHETA noted that this year the carnival holiday took place on March 8 and not in February as was the case in 2010, which could account for the increase.

The area with the highest level of occupancy in March was the Portimão and Praia da Rocha area with 65.1%, while the Lagos and Sagres area saw the lowest levels with only 31.1% occupancy.

Praia da Rocha also saw the largest occupancy level increase with numbers up by 11.8%, while numbers fell most in Monte Gordo and Vila Real de Santo António with a drop of 17.3%.
1″>news