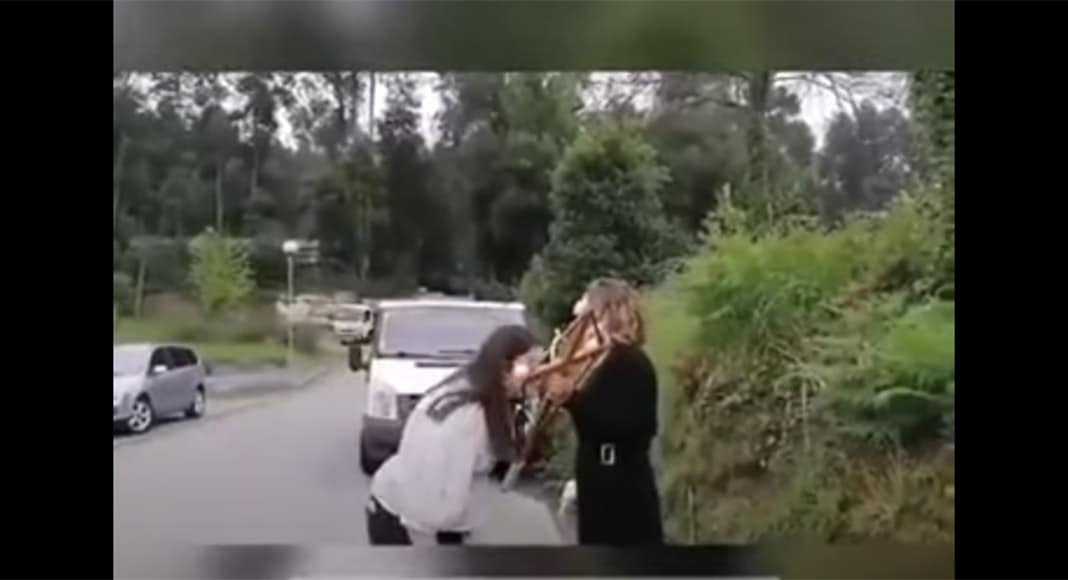 For a country of 10 million people in lockdown, Easter went incredibly ‘well in Portugal’: there were only 117 arrests for the crime brought in by the State of Emergency of ‘disobedience’. Over 300 establishments that should not have been open were closed, while a village full of Easter worshippers got away with turning out in sizable numbers to kiss a wooden cross “with no protection”.

True, the villagers did kiss the cross directly – but after each act of religious homage, the young woman holding the cross wiped it smartly with a handkerchief. No one seemed to think this wasn’t sufficient. Indeed the young woman can be seen in some of the videos occasionally succumbing to temptation and kissing the cross herself.

Images of the scene which took place on a roadside were uploaded onto social media where commentators let rip.

“Stupidity, ignorance, medievalism. Perhaps even perfidy. Certainly a crime. How I despise these people”, said one of the particularly outraged posts. But there were countless others, accusing the villagers of Martim, in Barcelos, of being ‘mentally deranged’ ‘mad’ and yes, again, ‘criminal’.

Fortunately for these smiling religious zealots – some of which held small children in their arms – the GNR and PSP police were far busier elsewhere arresting others who seemed to find lockdown too much to bear. No one was sent to jail – the ultimate sanction of the crime of disobedience. The ‘detained’ were simply ‘notified’ of their misdemeanor and sent back home again.

Since the lockdown came into effect, almost 2000 establishments have been forcibly closed across the country.

Countless roadblocks over the holidays threatened to cancel furtive plans, but if reports from the Algarve are anything to go by, a few renegades did circumnavigate them.

UPDATE: Since the social media furore over the religious festivities in Martim, police say they have identified the young woman, and a man, involved in the organisation of the ‘kissing of the cross’. Say reports, the pair face the crimes of disobedience and potentially another, namely of ‘propagating a contagious disease’.