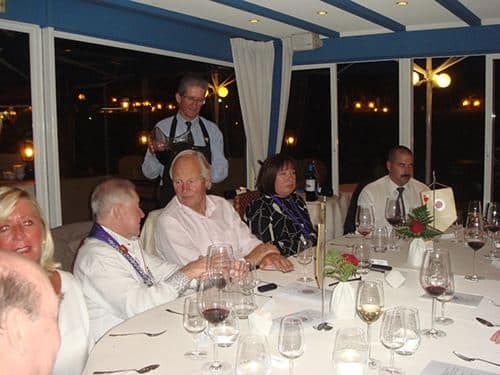 A stag night celebration dinner on the eve of the wedding of an English couple on the Caneiros Beach at Ferragudo ended in a violent scene in which the best man had part of his ear bitten off and the bridegroom losing a number of teeth.

The severed ear was taken in a bag to a local hospital but the injured man, aged 39, had to be transferred to the Hospital de São José in Lisbon to undergo reconstructive surgery, according to a report of the incident in the national newspaper Correio da Manhã.

Apart from the groom losing some teeth, a third person was also injured in the fracas in a nearby beach restaurant which prompted the intervention of the Maritime Police and the GNR in Lagoa.

The betrothed couple are English tourists staying at a local hotel and surprisingly, the wedding ceremony on the beach went ahead smoothly the following afternoon … perhaps not quite as planned.

The stag night was attended by some 15 guests and it is understood that at about 8pm the two men became involved in a furious argument. The groom’s father tried to calm the situation but the police had to be called.