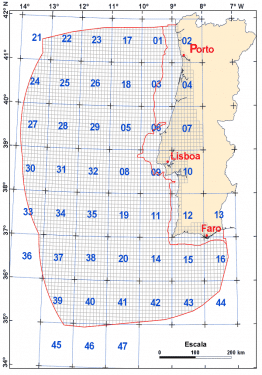 Portugal has been given generous and fair repayment terms for a €78 billion bailout loan from the European Commission/European Central Bank and International Monetary Fund (Troika), which announced its strategy to repair the nation’s finances last Thursday.

Addressing the world’s media in Lisbon at the European Commission’s Portuguese office, the Troika representatives, Poul Thomsen (IMF), Jürgen Kröger (EC) and Rasmus Rüffer (ECB) ,said that Portugal will have until 2023 to pay off the loan at interest rates of 3.25% in the first three years and 4.25% thereon. It is not yet clear how much exactly the European Commission will charge Portugal for its share of the loan.

However, despite the fair and generous terms, the Troika made it clear that the plan worked out for Portugal was “more demanding” than the plan for Greece and Ireland.

The Troika refused to be drawn into comparisons with either of the other countries.

“We cannot make comparisons, each individual case is different,” said Poul Thomsen, who had been nicknamed ‘Mr Blue Eyes’ by the Greek press.

Jürgen Kröger, head of the European Commission mission, went further by stating that “comparing the Portuguese measures with those in force in Greece, the budgetary adjustment is very similar and in terms of structural reforms, a lot deeper”.

The Troika, which refused to be drawn into its opinions on Portugal’s political class, did, however, make it clear that things could have been “far easier if Portugal had decided to seek help earlier on” while Poul Thomsen added that “delays always make things more painful”.

Portugal will have more time to pay off the debt than Greece and Ireland: Portugal has been given 10 years while Ireland was granted seven-and-a-half years and Greece just three years, although the Greeks have asked that the deadline be extended.

The lion’s share of the loan, around two-thirds, will arrive in Lisbon in the first year of the programme’s application and Portugal should be able to return to the international money markets from the beginning of the second year.

However, the Troika maintained that the loan should be sufficient to mean that Portugal will not have to return to the markets for the next three years.

As to the exact details of the interest rates to be paid, Portuguese Finance Minister Fernando Teixeira dos Santos said at the Ministry of Finance last Thursday morning that it was “too early to discuss the question”, an issue backed up by the Troika later the same day.

As to the €26 billion which the International Monetary Fund is lending Portugal, the head of the IMF mission said that interest rates would stand at around 3.25% in the first three years and 4.25% afterwards, although the exact amount would depend on the IMF base rate (linked to the International Currency Reserve rates).

Rates for the other €56 billion share, controlled by the European Commission and European Central Bank, will depend on the rates that the European Financial Stability Fund (EFSF) will be charged for the loan on the international markets.

Since the EFSF has a maximum credit rating from the international ratings agencies, the interest on the loan that the European Commission’s EFSF will have to pay is likely to be in line with current Euribor lending rates which currently stand at 2.17% for a one year period.

Given the spread applications passed on to Greece and Ireland, that figure could cost Portugal around 4.17%, taking into account the cost of the operation.

The final figure is likely to be released at the next meeting of European Union finance ministers (Ecofin) on Monday (May 16).

In a press conference that was broadcast live to media all over the world, Jürgen Kröger, head of the EC mission, called it a very comprehensive economic programme designed with the economic situation Portugal is facing in mind.