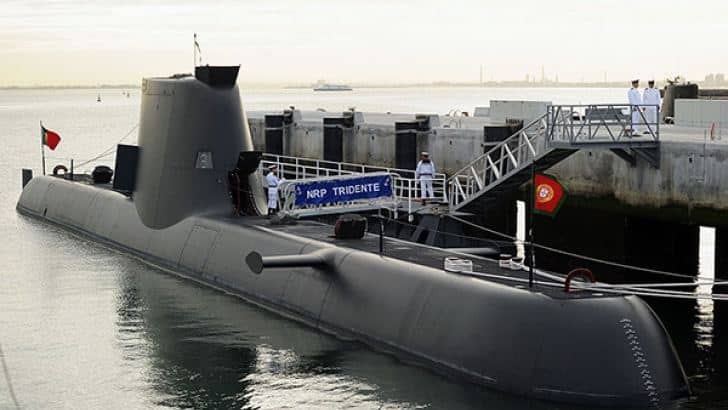 The controversial deal with Germany over Portugal’s purchase of two submarines will finally see €600 million being ploughed into the economy.
According to Correio da Manhã newspaper, the money will go to a renewable energies business.
Ferrostaal, the company representing the German consortium that headed the deal, will be signing it over later this month, says CM – omitting for the time being to name the company that will be receiving the cash-injection.
It is the apparent end of a long process mired in grey areas which originally suggested €150 million would go into refurbishing Albufeira’s Hotel Alfamar.
That plan was scrapped last year on ‘cost grounds’ and since then nothing had been said of the €600 million-in-waiting.