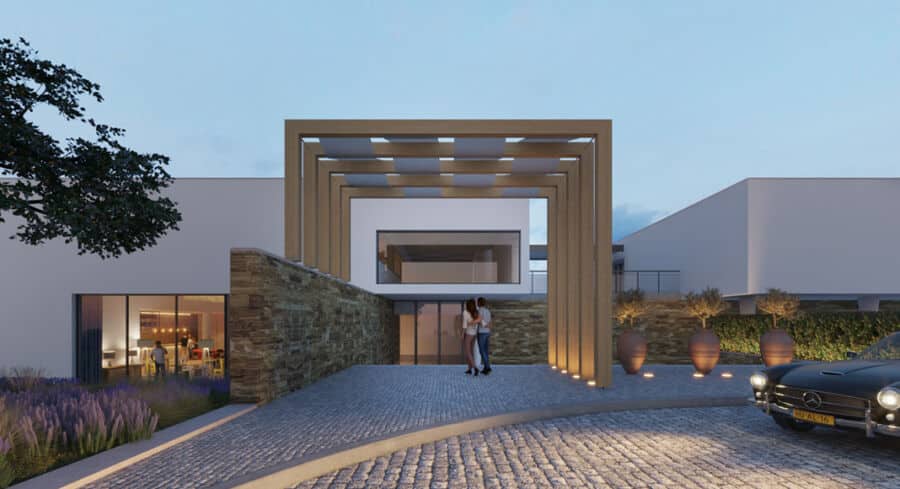 A new four-star hotel is to open in Évora in June, one year later than had been initially planned because of the Covid-19 pandemic, in a €4.7 million investment.

The Évora Farm Hotel & Spa, which is a project from the Discovery Fund with management by Discovery Hotel Management (DHM), is slated to open on June 1, according to news agency Lusa.

DHM is currently recruiting staff for the new hotel while the finishing touches are being made to the façade of the building.

The new hotel is the result of a refurbishment of a pre-existing hotel which was built 10 years ago but ground to a halt during the Great Recession and sovereign debt crisis. The Discovery Fund took control of it in 2015.

The Évora Farm Hotel & Spa is located on a 11-hectare property, Herdade do Perdiganito, close to the rural parish of Nossa Senhora de Machede in the borough of Évora. It will have 57 rooms, three of them family-sized rooms with bunks, as well as 25 villas.

On opening on June 1, only five of the 25 villas will be operational and the others will open at a later phase.

The hotel fits into the category ‘Design Collection’ from DHM, and has an outdoor area that includes two pools and gardens in addition to a farm and educational fruit and vegetable allotments.

Discovery Hotel Management announced in January last year that it would refurbish and launch a number of new hotels in Portugal in a total investment of €21 million focused on the national market.

The brand was created by Explorer Investments which focuses on buying up toxic assets and then doing them up and repurposing them to either run as a going concern or for resale.

Other hotel projects include the Praia Verde Boutique Hotel in Castro Marim and Vila Monte Farm House and Vila Indigo in Moncarapacho, The Patio Suite Hotel and Eden Resort, both in Albufeira, Monte Real Hotel & Spa in Leiria and the Palácio da Lousã Boutique Hotel in Lousã.