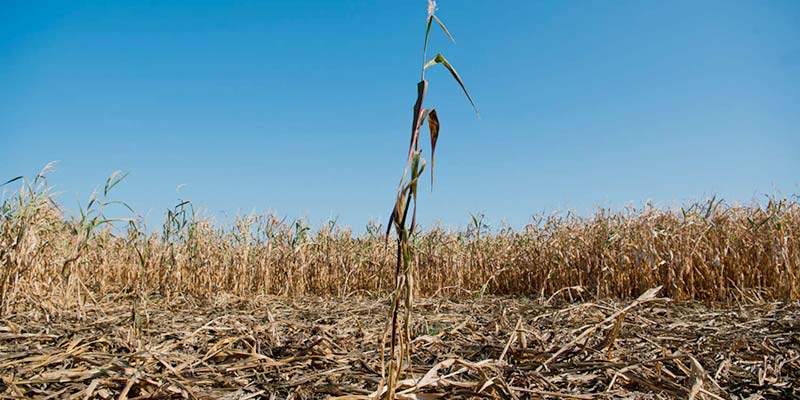 The government will launch a credit line of €20 million to deal with the drought in Portugal, the minister of agriculture told Lusa on Friday.

The Ministry of Agriculture met with the confederations of farmers to discuss measures to mitigate the impact of the drought. On the table were also issues such as the Strategic Plan for the Common Agricultural Policy (PEPAC) and the Recovery and Resilience Plan (PRR).

In statements to Lusa, the minister of agriculture, Maria do Céu Antunes, said that the government would launch a medium-term credit line, with €20 million, to deal with the drought.

“We are preparing and in the legislative process a medium-term credit line, three years with one grace period, with a value of €20 million to deal with this drought,” she said.

Through the Rural Development Programme (RDP), farmers can also access funding to purchase equipment such as water storage tanks and equipment for water distribution.

The €15 million fund can be accessed until April 1 and is intended for vulnerable territories. A further €3 million will now be made available from March 4, the government announced.

“We also have a credit line available, with a state guarantee, through the European Investment Fund, for our agricultural companies that are making investments and that need working capital to deal with the problems arising from this situation,” she added.

As Maria do Céu Antunes pointed out, in addition to this, there is a set of warnings, with an allocation of over €50 million, so that photovoltaic panels can be installed in farms, helping farmers “to produce clean energy, to be self-sufficient and thus reduce production costs”.

A further €6 million will also soon be available to farmers to install photovoltaic panels in hydro-agricultural farms.

In response to criticism from the confederations regarding the delay in the planning and adoption of measures to control the impact of the drought, Maria do Céu Antunes said that in December, the warning plan was presented, which included investments for the installation of photovoltaic panels and credit lines.

Concerning PEPAC, she stressed that, although it was not perfect, it considered the position of farmers and civil society, clarifying that the confederations “were all the time” being summoned to meetings at the ministry.

“The timing was not ideal, but it was not the fault of the Portuguese Presidency [of the Council of the European Union], nor the ministry of agriculture. The first proposal of the regulation was presented in July 2018, and it was not until June 2021 that we were able to finalise the reform of the CAP [Common Agricultural Policy]. We only had from July 2021 to December to conclude and present the plan, under the penalty that if we did not do so, in January 2023 farmers could lose support,” he stressed.

Concerning the RRP, the minister reported that of the €45 million earmarked for research and development projects, “practically all the tenders are open and committed”.