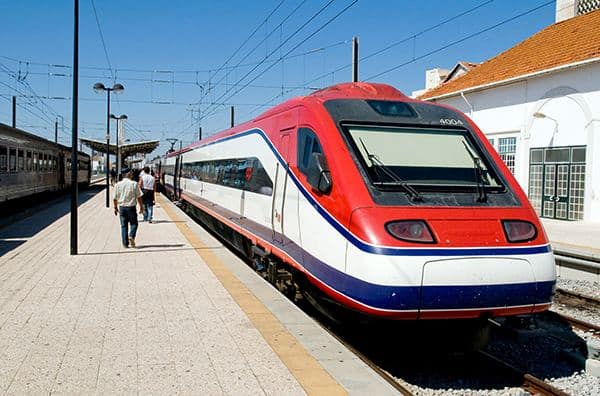 After years of hanging in the balance, long-awaited improvements to the Algarve railway are finally on track … albeit a very long way down the line.
National rail authority Refer has announced work is unlikely to be completed before 2019 and some of it ready before 2021.
Nonetheless, the pledge has been welcomed by tourism boss Desidério Silva who told reporters that he just hopes now that Refer keeps to the deal.
Outlining the plans on an official visit to the Algarve this week, Refer president Rui Loureiro said the authority would be investing €120 million (70-75% of which will be provided by community funds) to electrify the 100-year-old system and create a new rail link connecting the airport with Faro’s city centre.
While work on electrification is only expected to start in 2016 – to be completed by 2019 – construction of the airport link is unlikely to begin before 2017, with 2021 given as a completion date.
Loureiro also revealed that Refer would be upgrading the railway’s sign system and admitted that some other improvements may be needed – like the construction of new stations, and certainly the renovation of toilets as pushed for by Algarve MP Mendes Bota who has always maintained the line is a “disgrace, more suited to the Third World”.
As for the delays in starting work, Loureiro explained these are due to the “many studies” that now have to be conducted with municipalities and national rail operator CP.
Considering the furore that the rail line’s rundown condition has generated in the past, the Algarve’s politicians have thus far been slow to comment on Loureiro’s announcement.
As we went to press, AMAL, the region’s association of municipalities, was unavailable for comment, although tourism boss Silva said it had at least showed that his authority’s “requests for better means of transportation have been heard”.
As Loureiro pointed out during his announcement, electrification will not just see an improvement to the line, it will see major savings, as the amount of diesel used will be reduced dramatically.
Talks now scheduled to begin with local authorities will also assess the “social needs of the region”, added Loureiro, to ensure that Refer’s plans really make a difference.
By MICHAEL BRUXO news@algarveresident.com
Photo: Dariusz Majgier
© Dariusz Majgier  Shutterstock.comshutterstock_21967372