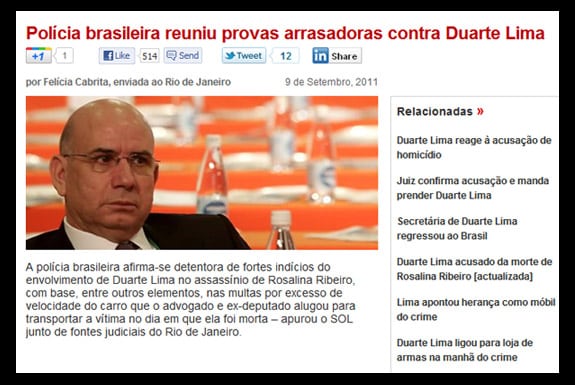 Expresso reports that Duarte Lima – the former PSD MP condemned for fraud and cited for murder – could actually be released from prison BEFORE the trial for murder begins. This is because he could win an appeal for conditional release in November, roughly a week before the murder trial is due to open. The only possibility is for public prosecutors to request “an aggravation of bail measures”, says the paper. As yet, no such request has been lodged.