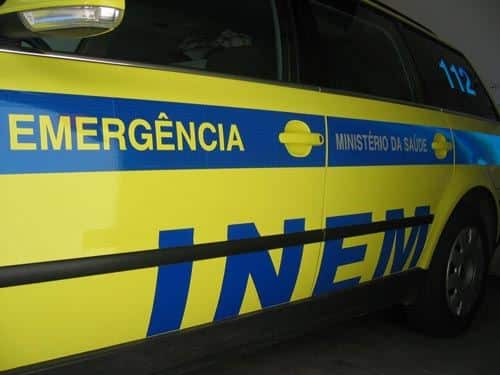 Portuguese nurse Cátia Campos is a fugitive from justice, having fled to England after allegedly driving into a young pedestrian as she drove home from a night of heavy-drinking.
22-year-old João Paulo Ribeiro has never recovered from his injuries – nor does he appear likely to. According to press reports, he remains in a vegetative state in hospital.
Meantime, 23-year-old Campos – found three miles away from the accident, sleeping in her badly damaged Audi saloon – is reported to have returned to England, where she works.
Campos was taken to hospital after being woken by police in her car, writes Correio da Manhã, and there she was found to have a blood alcohol level of 2.71 g/ l – that’s effectively five times over the limit.
She apparently had no recollection of the accident, and has since been officially declared an ‘arguida’ (defendant) in the upcoming court action.
According to CM, “justice allowed the nurse to flee from Portugal, as it applied no bail conditions”.
The young nurse faces a number of criminal charges, including those of ‘failing to stop or give help’ and causing grievous bodily harm.
If and when Campos is due to return remains to be seen.
Says CM she was not in court at Oliveira de Azeméis even to hear the charges against her
The accident happened in June just outside Ovar, as Campos left friends after a night’s drinking at a beach bar at Praia de Esmoriz.
João Ribeiro was apparently walking to work when he was hit by Campos’ car “in such a violent way” that he has remained in a critical condition in intensive care at Gaia’s Hospital Eduardo Santos Silva ever since.