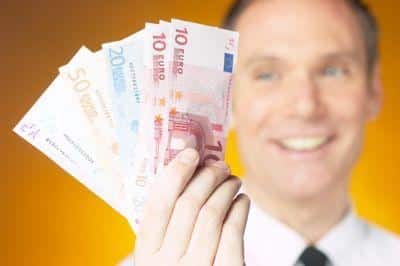 A French EuroMillions lottery winner attempted to bribe police after they caught him drunk at the wheel of his new Ferrari.

The 39-year-old former butcher, Pascal Brun, collected the Italian sports cars after winning 26 million euros in 2004.  Pascal was caught just outside Bordeaux where his yellow Ferrari was parked badly on a coastal road.

Police noticed Pascal was extremely drunk when they asked him to park his car in a more appropriate place. A breathalyser test showed him to be four times over the legal limit.

Pascal then invited the police officers back to his mansion for an aperitif, along with 1,000 euros if they turned a blind eye to his behaviour.

After being convicted of drink-driving and trying to corrupt a police official, the millionaire was handed a six-month prison sentence.