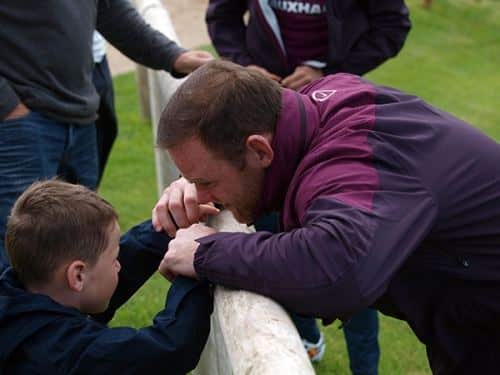 The Portuguese Government collected €18.8bn in fiscal revenue in the first seven months of the year. This is €2.8bn less than the estimated €21.7bn, according to the budget execution report released last week by the Directorate-General for Budget (DGO).

Although a spokesperson for the Ministry of Finance downplayed the situation, saying that the revenue drop “is not dramatic”, he admitted that the Government might have to discuss and approve more austerity measures after troika’s fifth evaluation, which began on Tuesday, August 28. As an alternative, troika could also make the deficit target of 4.5% of GDP (Gross Domestic Product) more flexible.

The budget achievement presented by the DGO reflects a year-on-year fiscal revenue decrease of 3.5% in the first seven months of 2012. Income from direct taxation (IRS and IRC) fell 1.6% and indirect taxes (including IVA) reflected a 4.7% drop. After a slight fiscal revenue recovery – from 3.5% in until May to a drop of 3.1% in June – these figures are once again ringing alarm bells for the Government; in May it was admitted for the first time that the deficit target of 4.5% agreed with troika was at risk.

Minister of Finance, Vítor Gaspar, had projected a 2.8% growth in fiscal revenue for 2012, but the numbers seem to indicate otherwise: revenue from IVA alone, up to July, dropped by 1.1%, far from the minister’s estimate of a 10% increase. Instead of pocketing €745m, Vítor Gaspar is now facing a €81m loss.

However, apart from the IVA, which is the most important indirect tax, other taxes on purchased goods have also registered increased losses, showing that the Portuguese are cutting back on their expenditure, particularly on durable goods such as cars.

Income from tax on fuel (Imposto Sobre Produtos Petrolíferos – ISP) has fallen 7.9% compared to the same period last year, whilst cigarette tax income dropped 12.7% and tax achieved from the sale of new vehicles decreased a whopping 45.1%.

Amongst the many indirect taxes, road tax (Imposto Único de Circulação – IUC) is the only one showing signs of growth, with a 12.8% rise in the first seven months of the year.

But, according to the DGO report, it’s not just the actions of the Portuguese man in the street who is buying less to escape taxes which is causing these results.

The Portuguese Government has fallen back on tax execution, having collected just 50.3% of direct taxes and 50.9% of indirect taxes projected in the supplementary budget. At a normal pace of collection, the Government should have collected over 58% of the budget by now.

Despite these alarming figures, a spokesperson for the Ministry of Finance denied that the Government may face an overall decrease of €3bn in fiscal revenue in 2012, as reported by the Portuguese newspaper Diário Económico. “We’ve looked into several potential outcomes, but it seems to me that the figures released by Diário Económico are clearly exaggerated,” said the official source.

In fact, although fiscal revenue has dropped, the Government is making important savings on personnel expenses, mainly due to the cuts in holiday bonuses and reduction in staff numbers through redundancy or natural attrition.

The Government’s employment bill has fallen by 16% in the first seven months of 2012, a total of €941.5m, according to the DGO bulletin. The Government had already cut back on personnel expenses by 7.2% in the first six months of the year, but a spokesperson for the Ministry of Finance explained that the additional savings are also linked to some of the staff leaving unexpectedly. This, along with the restructuring of QREN (a European funding programme) and lower interest rates might be a source for extra savings.