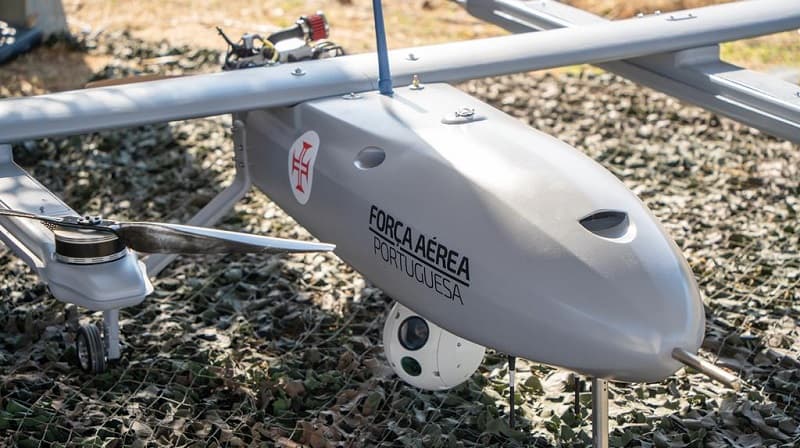 The 12 forest fire vigilance drones, purchased in 2020 for €4.5 million, are not working as promised.

According to Diário de Notícias, only three of the drones appear to be working at any one time: some days there are four, but then on other days there are only two – so three is the working average.

These drones, based at military bases in Beja, Lousã and Mirandela, were purchased ‘as a matter of urgency’ during the pandemic, on the basis that Covid-19 could have resulted in “an eventual decrease in the availability of human resources”, thus “complementary methods that provide effectiveness for actions included in the prevention, suppression and relief phases, established in the framework of integrated management of rural fires” were needed.

So what has gone wrong?

Diário de Notícias points to issues from the outset.

“The truth is that at no point in the three years has the ‘Non-piloted system’ had its drones (which are known as a team as Ogassa) fully working”.

In the first year, the “sophisticated vigilance” promised by the then minister of defence João Gomes Cravinho had either three or four drones operating in fire prevention, says DN.

Mr Gomes Cravinho affirmed that by the first fortnight of August “we will have the 12 covering the whole of national territory” – but that did not happen.

The following year, similar issues with repairs being required, accidents, etc. (at the end of 2020 a drone came down into a dam; in 2021 there were at least two further accidents with devices coming down over land) – and this year, in spite of a communique promising six of the drones fully operational, it hasn’t panned out like that.

Nonetheless, according to the CEO of manufactuer UAVision, “the mission is being accomplished”.

An official source for the GNR police however – the drones are ‘coordinated in articulation’ with EMGFA (Armed Forces), ANEPC (Civil Protection) and the GNR – explains that of the 100 flights planned between May 28 and July 15 this year, only 71 took place.

Says DN, from what it understands, there won’t be any extra drones coming forwards for the firefighting DECIR force this year – leading the Armed Forces to have made a piloted “sophisticated and expensive” Lockheed P-3C CUP surveillance airplane available.

Other failings in areas like vigilance of quarries, coastal and protected areas

“It isn’t just in the prevention of fires that this system of drones is failing”, the paper continues. “The flight hours promised to the environment ministry have also not been complied with” – which again brings into question the haste with which they were purchased – and billed as such a necessity to the public interest.

DN highlights a resolution by the Council of Ministers which authorises the expenditure of €4.5 million on the purchase of the drones, considering it “urgent”.

Three companies bid for the tender: UAVision having won it.

“Finance came totally from the Environmental Fund”, says DN. “In the protocol signed, FAP (the Portuguese Air Force) was obliged to cede 300 flying hours between May and October every year to the environment ministry “for the execution of tasks that fall within its scope…”

In the first year, only 22 flying hours were executed, according to an official source at the ministry which blamed the situation on “certain anomalies and successive non-compliance by the manufacturer” (UAVision).

According to military sources, between October 2021 and May 2022, targets were equally unmet – but this time the environment ministry demanded ‘compensation/ money back’ from the air force.

DN adds that it has been unable to discover how many flying hours were missed, and whether money has in fact been paid in compensation for failing to meet the terms of the agreement. Only the GNR has responded to questions sent by the newspaper last week on this score.

“EMGFA, the ministry of defence and the Portuguese Air Force have chosen not to clarify the situation in spite of various insistences by DN throughout the week”, writes the paper.

DN’s article, published online, carries the full list of questions put to authorities last week which have not yet been answered.

In the meantime, EMGFA chief Admiral Silva Ribeiro has written an opinion article on the topic, praising the contribution made by the drones, suggesting that all 12 are fully operational.

One aspect coming out of the story is Admiral Silva Ribeiro’s remark, in his opinion piece, that “ although the mission assigned to the Armed Forces, in the context of rural fires, is currently more focused on surveillance, it is considered of particular importance to explore, in the future, the unique characteristics of resolution and range of sensors integrated in drones for actions of dissuasion”.

Says DN, he showed in his text “images of a nocturnal fire captured from 12 kms, and explained that the sensores offer the possibility of recognising vehicles in areas around fires, which could mean, in the short term – if the competent authorities indicate they are interested – that Air Force drones could be used systematically in nighttime actions of vigilance, maximising their dissuasive effect”.

DN seems to have picked up on this, as according to the paper, “the military is prohibited from carrying out actions of this nature” within the framework of internal security.