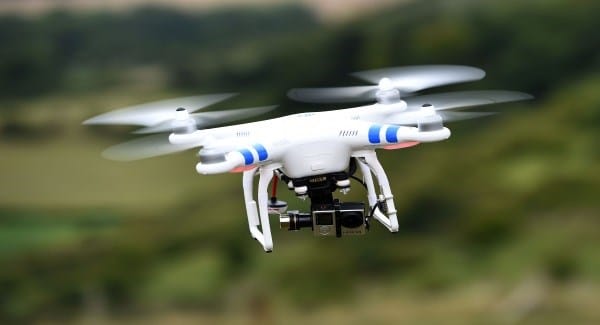 In the aftermath of the UK’s Christmas season drone misery that affected the flights of so many thousands in and out of Portugal and elsewhere, the government is intent on firming up regulations governing the use of ‘unmanned aerial vehicles’.

As for naval ships and ‘vessels in the service of the State’, limits are to be much greater: drones will be banned from flying within a 2000 metre perimeter.

The new rules, designed to work in articulation with Civil Aviation (ANAC) regulations, also set an age limit for drone pilots (16) who will automatically be liable for tests for alcohol “just as according to the Highway Code”.

Last year, ANAC reported 43 incidents involving drones, 27 during the summer which represented a 60% leap on the same period last year.

In 2017, 37 incidents were reported – 36 called in by civil aviation and one by military aircraft. A total of 17 prosecutions followed.

ANAC’s rules already prohibit drones from flying higher than 120 metres and/ or in areas near airport facilities.

In July last year, decreto-lei 58/2018 was passed making it obligatory for drones weighing over 250 grams to be registered. Even heavier craft have to carry civil responsibility insurance. The breaking of any of these rules can incur fines from €300 to €7,500, a temporary flying ban and/ or the apprehension of the drone.