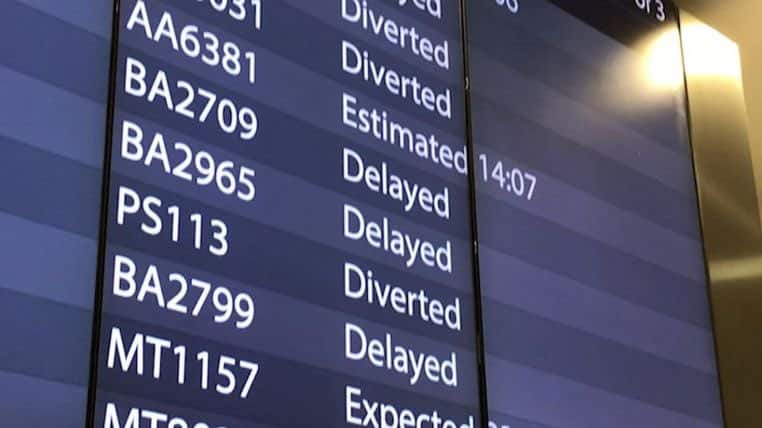 Several flights in and out of Portugal have been cancelled over the last 12 hours as a result of drone attacks on the runway at Gatwick, UK.

Landings and departures had to be suspended from 9pm as authorities started the challenging task of trying to locate the operators.

By 3am everyone thought it was over. But within minutes the drones had reappeared.

The runway remains closed this morning, leading to multiple flight cancellations, including routes to and from Porto, Lisbon and Faro.

TAP and easyJet flights are among those affected.

UK papers are describing “thousands of passengers” caught up in the drama, which Sussex police have described as a “deliberate act to disrupt the airport”.

Superintendent Justin Burtenshaw told reporters early this morning that officers were “still getting sightings of a drone in and around the airfield”.

“This has been going on for 10 hours now. Each time we believe we get close to the operator, the drone disappears; when we look to reopen the airfield, the drone reappears”.

He added there had been no intelligence this was going to happen, saying it was “a random act that’s happened overnight”.

Asked if he thought police would catch the drone operator/s, Mr Burtenshaw said: “I’m convinced we will. It’s a painstaking thing with new drones – the bigger the drone, the bigger the reach of the operator, so it’s a difficult and challenging thing to locate them, but I’ve got teams now and I’ve got investigators looking at how we do that, and I’m confident we will.”

Portuguese media puts passenger traffic through Gatwick at this time of year at around 2.9 million.

Flights cancelled saw some passengers stuck for hours in planes grounded on the tarmac.

In Portugal, the incident has simply left passengers stacked in airport lounges bemoaning the start of another festive season blighted by travel chaos.