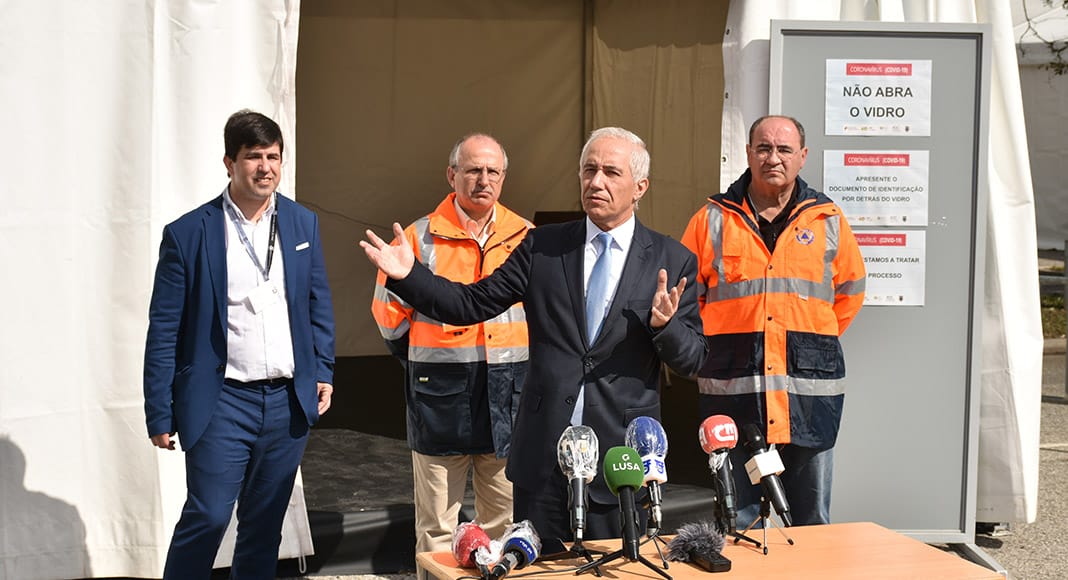 Around 300 tests can be carried out every day at the new coronavirus drive-through testing centre which opened last weekend near Estádio do Algarve (Algarve Stadium) between Faro and Loulé.

The testing centre is aimed only at people who have been signalled by doctors as “potentially infected” with the novel coronavirus.

The idea is that they can carry out the test without getting out of their car, thus limiting social contact and the risk of passing the virus onto others.

Manned by a team of 60 health professionals working in shifts, the testing centre is open from 9am to 9pm every day. It was presented to reporters on Sunday (March 22) by regional health boss Paulo Morgado, president of the Algarve’s Regional Health Administration (ARS Algarve).

Said Morgado, “we will test citizens who have been sent here by the region’s hospitals, particularly Faro Hospital, and those who have been signalled by the doctor’s helpline (linha de apoio ao médico). Our health authorities can also send patients here to be tested who aren’t hospitalised or considered serious cases.”

Nuno Marques, president of the Academic Centre for Biomedical Research and Training of the Algarve (ABC) – one of the partners of the initiative – spoke highly of the drive-through scheme.

“Those who arrive here will not come into contact with anyone. They will drive here in their car and go home. It allows us to avoid the clogging up of hospitals and reduce the risk of infecting others,” he told reporters.

But how does the drive-through centre work?
Only people who are signalled as suspected cases are allowed to enter.

As they arrive, a doctor will check whether their name is in the national epidemiologic surveillance system (SINAVE).

“These are the rules at this stage. Every other centre in Portugal, especially in the north, is working this way. They only test people who have been signalled by doctors. It only makes sense to do the test when there are symptoms,” Paulo Morgado said.

He added that the test is “thorough and the only one approved by the World Health Organisation”.

Only when they reach the second tent will patients be asked to wind down their window so that a team of especially trained doctors and nurses can obtain a sample “in a very safe way”.

The samples will be stored in a refrigeration unit and then delivered to nearby Drª Laura Ayres Regional Public Health Laboratory where the test will be carried out.

The results, which usually take five to six hours to obtain, are sent back to the doctors who collected the samples.

“When results come back as inconclusive, the test needs to be repeated. Usually we guarantee a result in eight hours,” said Morgado.

Inside the stadium, health professionals can carry out “rigorous disinfection” by taking a shower and throwing away their disposable medical protective gear.

“Before the new drive-through testing centre opened on Sunday, the Algarve had already carried out around 300 tests (at the time of writing, there were 42 positive cases and one death in the Algarve)”.

“We are detecting few cases each day, but there will inevitably be more cases in the future and we have to prepare for that,” he said, stressing that avoiding social contact remains the most effective way to contain the pandemic and reduce the number of cases.

“Social distancing is the most important measure. However, the virus will be around for many months,” he admitted. 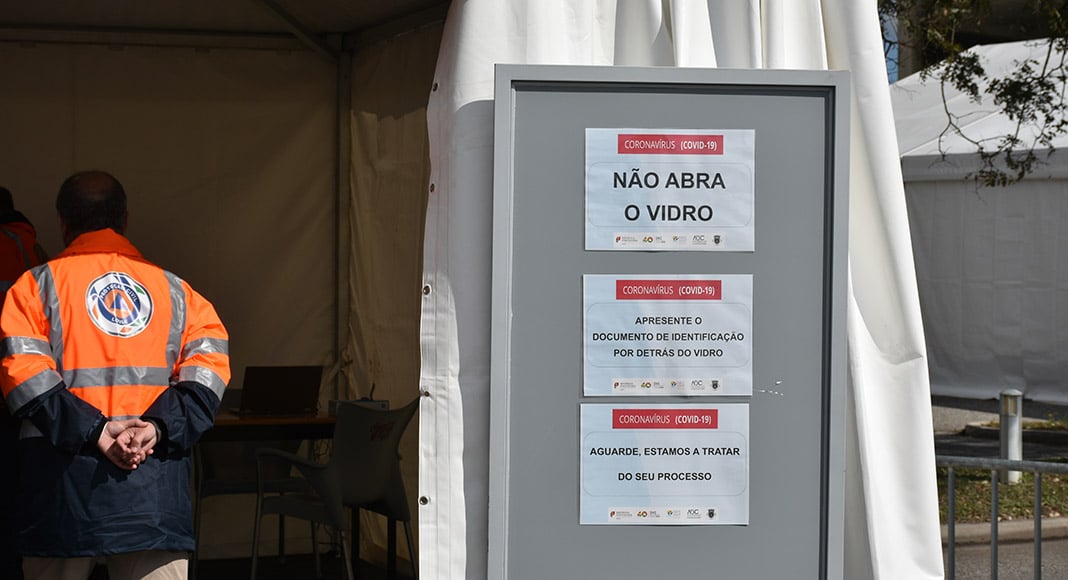