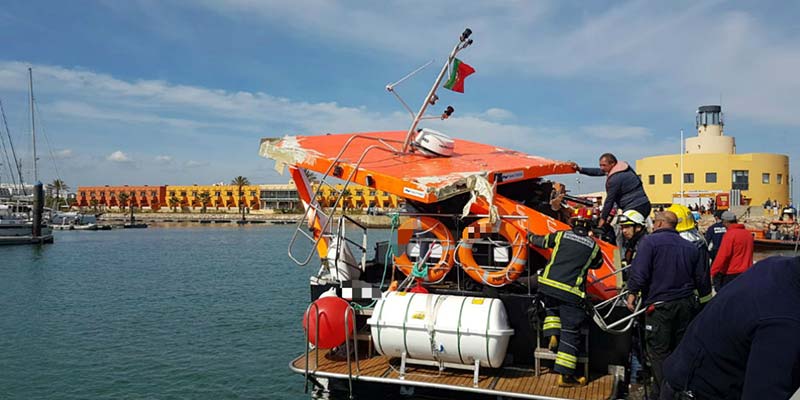 Dozens of people had to be rescued from two tourist boats which ran into trouble last weekend in Portimão and Lagoa.

The first incident happened on Saturday when a tourist boat carrying 32 people, including five children, crashed into a rock near caves in Carvoeiro. The crash caused a leak in the hull, so the captain navigated towards the Marina beach in Portimão with all passengers reported safe.

More trouble followed on Sunday when two people fell overboard after the top of a tourist boat carrying over 25 people crashed into the top of a grotto in Lagoa.

The two people who fell overboard were rescued by Ferragudo’s life boat and taken to land. One of them was taken to Portimão Hospital as a precaution.
michael.bruxo@algarveresident.com