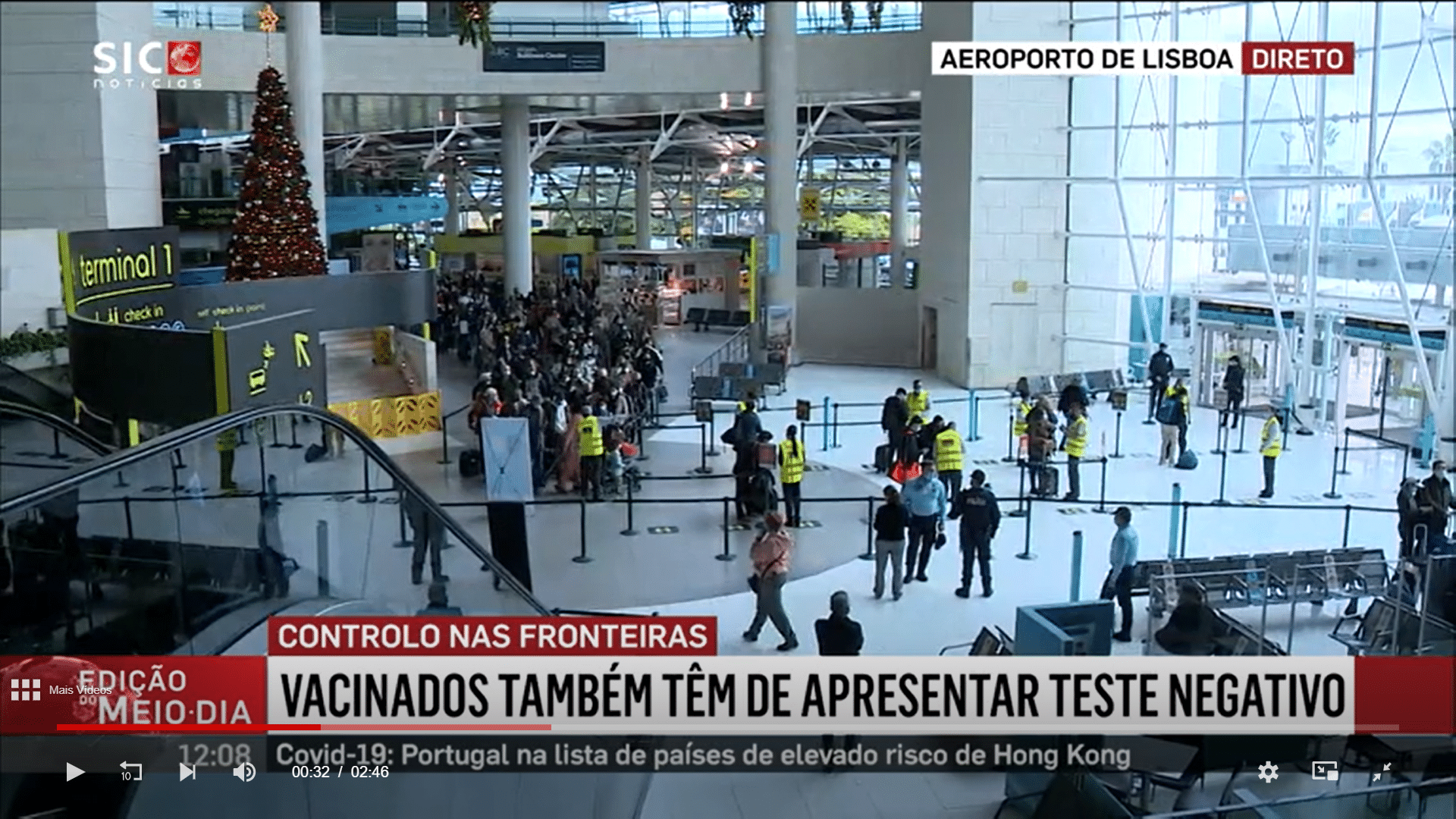 TAP, EasyJet, Emirates Airlines, British Airways, Ryanair and others have all fallen foul of the Portuguese government’s new ‘get tough measures’ against airlines transporting passengers without the required Covid paperwork.

Says Público, in the last week since the measures came into force, SEF borders agency has issued 155 offence notices, “against both passengers and airline companies” for not complying with rules in force.

According to Público, a total of 12 airlines have been fined. If one calculates the kind of revenue, solely on the basis that each airline has been found in non-compliance just once, and fined the lowest amount possible, we are talking about money due to be paid up of at least €240,000 – and that’s before one factors in the smaller fines handed out to passengers.

The fines cover any kind of missing paperwork. The only travellers exempt from these new rules (requiring negative test results irrespective of vaccination status) are children under the age of 12, airline pilots and cabin crew.

Meantime, repatriation flights for Portuguese citizens and residents from Mozambique have been running into problems at Lisbon airport as passengers have been ‘surprised’ by the requirement to submit to further Covid tests on arrival.

A number have been found ‘positive’ – either with the Delta or Omicron variants. All, whether positive or not for SARS-CoV-2, are being told to self-isolate for a period of 14 days.

Portugal’s rules for submitting negative tests pre-embarkation are to remain in place until January 9.