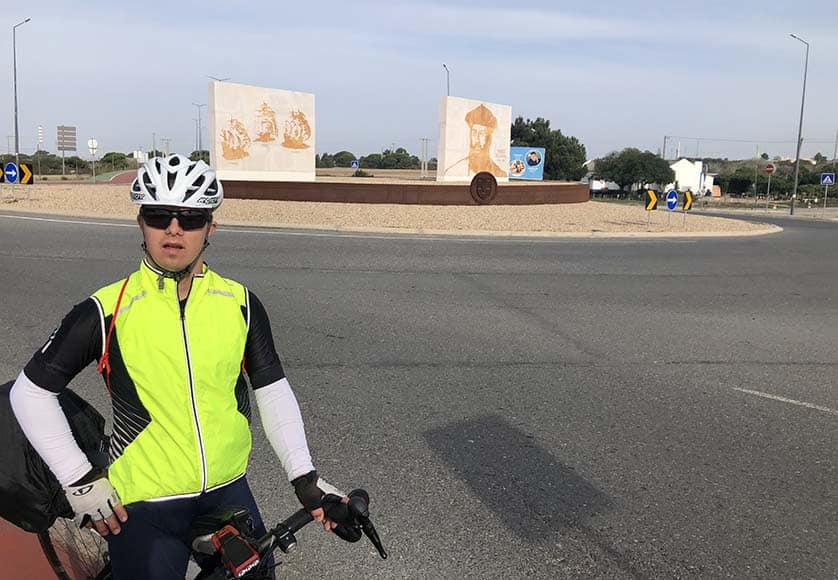 Aleksander Haarberg, a 29-year-old athlete with Down Syndrome from Norway, has just completed a 1,250km bike ride from Alicante (Spain) to Albufeira in the Algarve.

His journey also aimed to raise awareness of the 10th Down Syndrome World Swimming Championships, which will take place in Albufeira between October 15 and 23.

Aleks was accompanied during the challenging ride by his father Lasse Haarberg, who told us about his son’s love of sports.

“He has been doing sports since he was a child, from skiing to cycling and swimming. Aleks has also recently been playing a lot of football, doing some athletics and gymnastics. He really loves doing sports and is very excited about the swimming championships in Albufeira,” Lasse told the Resident. 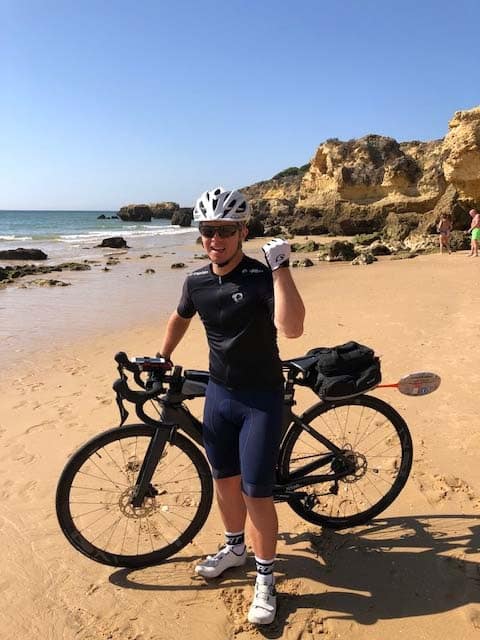 The Iberian cycling challenge carried out by Aleks and his father was also a way of proving what people with Down Syndrome can do.

“The journey wasn’t easy. There were no rest days,” said Lasse, adding that he and his son cycled around 120km on average per day.

Some of the areas they cycled through, such as the Spanish region of Extremadura, were described as particularly challenging.

“There were stretches where there was nothing around us, no one to help if we got lost or needed water,” the father said, adding however that Aleks remains excited and focused.

“His attitude during the whole challenge was fantastic. He really enjoyed it, and at no point showed that he was unhappy or that he wanted to stop,” said Lasse.

“It shows what people with Down Syndrome can do if they are encouraged,” he added.

Lasse said that he and his son also met several people along the way, many of whom were surprised that someone with a disability such as Down Syndrome could complete such a difficult challenge.

“Another of the goals was to motivate people who may think something like this would not be possible,” stressed Lasse.

The event will bring together over 160 athletes – and around 400 people including staff and coaches – from 23 countries at Albufeira’s municipal pools, including 10 Portuguese swimmers.

The Portuguese Swimming Federation (FPN) has released a statement saying it has, “from the very start, always supported the inclusion of these athletes.

“The FPN was the first Portuguese federation to include these athletes. We have defended the creation of a special category for the inclusion of Down Syndrome athletes at the Paralympic Games because we know their value and the dedication of their coaches and clubs,” said FPN president António Silva.

Meanwhile, Albufeira mayor José Carlos Rolo has described the participants as an “example to be followed by everyone” and said that the town is very proud to organise such an important event for international adapted sports.

“We are very committed to making sure the event is an example for national sports,” he said.

The event is held every two years, having already been hosted by Albufeira in 2008.