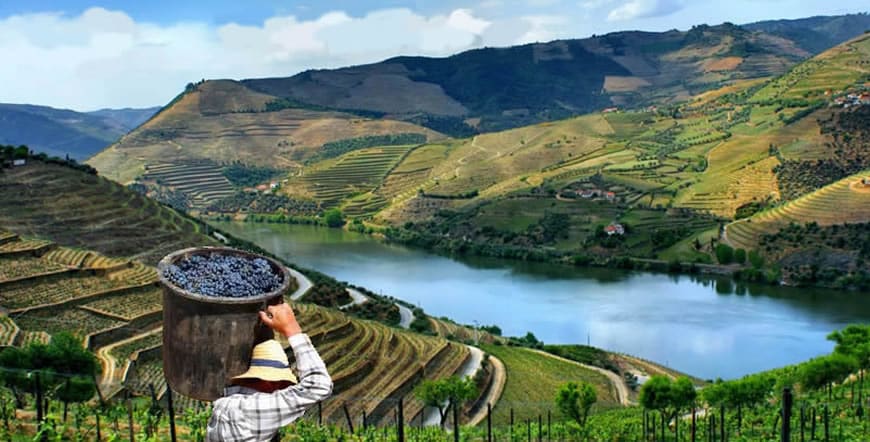 “… at a crossroads between maintaining or abandoning this heritage”

Douro winegrowers have reached a state of desperation over the “abrupt” increase in the price of fertilisers, phytopharmaceuticals and fuel which, they say, have taken them to a crossroads.

In Alvações do Corgo, near Santa Marta de Penaguião, wine-growing is the main economic activity – but producers are losing the will to continue.

According to Abraão Santos, the value of the grapes produced “does not compensate” for the rise in the cost of production factors.

Santos tells Lusa, a kilo of grapes “costs almost as much as a stick of gum” (…) We are at a crossroads between maintaining and abandoning this heritage,” he said from his native municipality which boasts UNESCO World Heritage status for winegrowing.

Right now, 20 litres of herbicide costs three times more than it did last year, he explained.

“Some people say it’s because of the packaging. I’ve looked there for diamonds, but there aren’t any! It’s still plastic. I don’t understand this rise, it went up before the war, so it wasn’t because of Ukraine…”

The cost of fertilizers has also “doubled, he told the news agency, with a 25-kilo bag that used to cost €8 and now costing €16.

According to Lusa, Abraão Santos has six hectares of vines that have been in the family for generations.

His sister Agostinha, 66, has 22 hectares in the next door municipality of Vila Real. She says work these days is all about trying to keep vineyards alive “because this (activity) doesn’t give any income”.

The siblings relate how 750 kilos of grapes harvested will bring them €320 for a white wine and €300 for a red one.

For fortified port, producers are receiving €10 less than they received last year.

“One day farmers won’t even have enough to eat”, they warn.

And the crippling increase in managing crops has seen producers cut back on treatments they would normally carry out on their crops, which in turn is reducing turnover for suppliers.

Agostinha’s son, “also dedicated to wine-growing” according to Lusa, has a shop where he sells “among other things, phytopharmaceuticals and fertilisers”.

He said sales of these items have fallen by 60%.