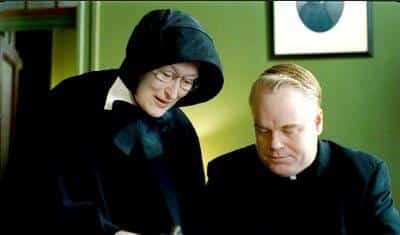 Charismatic priest, Father Flynn is trying to change a strict Catholic school in the Bronx in 1964 but he is challenged by Sister Aloysius over his interest in black student, Donald Miller.

Sister Aloysius locks into a battle of wills with Father Flynn which eventually threatens to tear apart the entire community with unimaginable consequences.

Is the sister being over protective or can she work within the flawed system to reveal the truth?