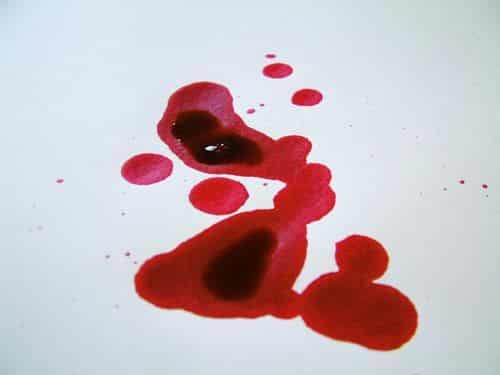 Described as “a quiet, reserved man”, father-of-two António José Teixeira went berserk in a frenzied knife attack this week that left two dead, and a 13-year-old recovering from emergency surgery in hospital.
The former engineer working as a food-and-beverage machine salesman launched into the carnage after what is thought to have been an argument in the family home in Soure, near Coimbra, on Monday night.
Neighbours have described how they heard the terrified screams of his daughters, but not a sound from his 47-year-old wife Fernanda.
The screams continued as the man is understood to have stabbed his wife and children multiple times.
By the time police had knocked down the family’s front door, the scene inside was “a scene of horror”, writes Correio da Manhã.
“In the corridor, next to the entrance, was the body of Fernanda Ferreira. By her side was her daughter Inês Vilaranda, also dead.
“They had multiple knife wounds to the chest, stomach, arms and legs.
“In the sitting room, by the sofa, was 13-year-old Joana, with various knife wounds to her chest, but conscious and aware.
“She had suffered a perforated lung.”
As police attempt to piece the tragedy together, neighbours told CM how they tried to get Teixeira to open the door when they were aware of the screams inside.
He never answered their calls to him, and was found by police who stormed the property, lying on a bed with self-inflicted knife wounds to his chest.
Teixeira is now in police custody awaiting trial. His daughter Joana is expected to make a slow recovery, and is understood to have escaped death by “pretending” that she already was dead.
An autopsy has already confirmed that both victims had been stabbed at least 30 times each.
According to CM, there had been “tension” between the parents for some months. Teixeira was reported as having “low self-esteem”. This is given as the motive for the crime.
It is just one of hundreds of cases of domestic violence in Portugal reported every month.
This year alone, more women have died at the hands of jealous or angry husbands, lovers or would-be suitors.
Ironically, only a few months ago, the Government made much of a decision to increase help to organisations supporting victims of domestic violence.
As Porto’s Projecto Criar told us, the €320,000 promised fails, by a long chalk, to cut the mustard.
Domestic violence: support needed
“So much more money is needed,” Projecto Criar’s general coordinator Leonor Valente told us. “€320,000 is really not much. We need many, many more thousands.
“We also urgently need the Portuguese state to tackle domestic violence, put it high on their agenda with awareness campaigns in schools and other activities to show this kind of behaviour will not be tolerated by society.
“It is true, the number of cases reported to Projecto Criar this year of domestic violence have increased exponentially,” she added – stressing a lot of the fault lies in the judicial system, and how it is simply not geared towards protecting victims.
As to the shocking story this week of another family ripped apart by domestic violence, Valente commented weeks earlier, with regard to an earlier killing, also in front of children: “These situations are desperate and should never happen. A child who experiences a horror like this will be left in a state that is very difficult to repair.
“For this situation to have reached such a point, a lot must have already happened in this family. Society has an obligation to intervene before deaths occur. I don’t know whether this particular victim had presented any complaints (to the authorities) before, but normally there are neighbours who know what goes on: friends, family members…
These people should not remain silent. They should denounce domestic violence so that the networks that exist on the ground can act. Victims will stay unprotected if witnesses continue to be too frightened to speak.”
To contact Projecto Criar:
222 085 949 | 964 899 958 | projectocriar@gmail.com | http://projectocriar.blogspot.com
By NATASHA DONN