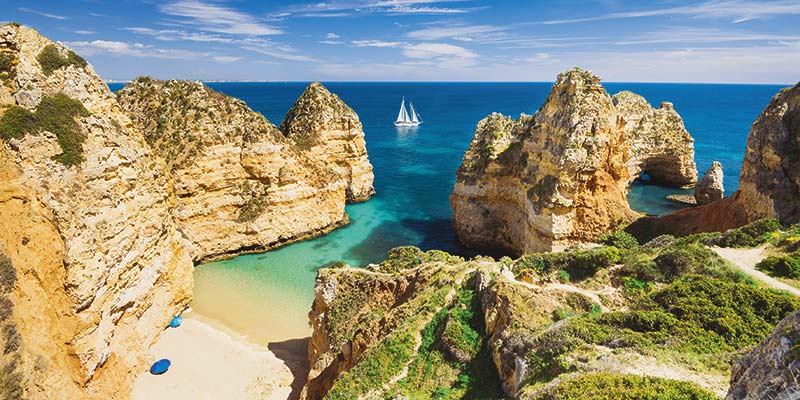 In my previous column, I mentioned my concern that Portugal was being promoted in a somewhat overenthusiastic way and mentioned in way-too-many “best this” or “best that” lists all over the internet and in several travel publications. My fear, which I’m confident several current residents share, is soon we’ll be “overrun” by a new onslaught of over-tipping Americans seeking a desirable place to vacation or, worse yet, retire, which means they’ll stay. Local expat groups are already growing exponentially, with potential newcomers flooding the blogs with questions that could easily be answered by consulting Google.

My regular, loyal reader, will recall that I promised to write an ingeniously worded article and submit it to various publications in the States, such as The Washington Post, New York Times and The Cleveland Plain Dealer in an effort to counteract maybe even obfuscate the desirability for others to move to what used to be a well-kept secret. I have therefore submitted the article below, realizing that it is probably already too late …

Don’t come to Portugal…
You need to think twice before retiring to Portugal or even coming for a holiday visit. As an American journalist currently living in Portugal, I am aware that there are a number of lists being published on social media and in some travel magazines that cite Portugal as a top destination. Please don’t jump to conclusions and book an expensive plane ticket, and it’s not cheap to get to Lisbon, until you read what I have to say.

First of all, if you’re the type of American voter who is worried about the so-called “Squad” taking over the good ol’ US of A, or if you’re an escapee from Venezuela, then you need to know that Portugal is solidly Socialist. In fact, after the last election, the government was formed in a coalition with the Greens and (are you ready for this?) the Communists.

The economy seems to be recovering nicely from austerity and the government under a charismatic prime minister and a charmer as president seems to be quite popular. They even call it democratic socialism and they look to do even better in the upcoming election, so unless you’re a Bernie Sanders fan, you probably should consider Turkey, which also makes a lot of the lists and is very affordable.

The biggest problem with Portugal is the language. Many people will say that it is a lot like Spanish. This is not true. My wife and I used to live in Panama (another overrated country that still makes many “ideal” lists) and we could get around in Spanglish. While, if you’re quite capable, you might be able to “read” Portuguese, speaking it only comes after years of assimilation and sometimes not even then. The pronunciations for the most part have little or nothing to do with the letters in words. We live in a village called Santa Bárbara de Nêxe. The last word is spoken “Nesh”. Even if you think you know what you’re saying, it’s virtually impossible to understand native speakers.

The Portuguese aren’t that understanding either. If you decide to thank someone by saying “gracias” for example, they instantly realize that you’re a dumb tourist who probably hasn’t bothered to even figure out where exactly you are, so they immediately correct you and say “obrigado” if you’re male, and “obrigada” if you’re female, which is confusing. The Portuguese don’t like the Spanish much, from a historical perspective. I’ve been in a bakery and a sign behind the cash register actually announced, “No Español”.

Here’s a key point to consider. In the Expat Insider’s InterNations survey, it was reported “around 83% of those questioned considered it easy to become assimilated in Portugal”. Well, sure, if you understand the definition of an expat. Expatriates are people who reside in a country other than the one of their natural citizenship. Guess what? The largest number of expats living in Portugal are from…wait for it…Brazil. So yeah, they already speak a version of Portuguese.

The longest running alliance in world history is between Portugal and England, so, of course, there are places where English is spoken, especially since the Brits seem to particularly like the southern coast known as the Algarve for their golf holidays. However, with Brexit looming, that certainly implies that the British will be exiting the European Union. Portugal is a rising star of the EU and Ryanair is already cutting back flights from the UK. If you attempt to speak American, those in the pub who speak some mumbled version of “the King’s English” will correct you even when you’re not wrong.

The English have also turned some of the more popular towns into hellholes of depravity. The popular vacation spot Albufeira, for example, is dealing with public drunkenness, immodest attire (even some hairy guys have been seen walking down the street in thongs, which I didn’t know was even a thing), and loud partying late into the next morning. They seem to think that they’re at an international soccer (they call it football, for some reason) competition and keep falling off the scenic cliffs that line the shoreline.

So, what about the weather? It has been reported, for example, that the southern and southwestern coasts of Portugal have as many as 300 days of sunshine a year and it’s true. The Algarve, the area where I’m holed up, has day after relentless day of clear blue skies and strong breezes kicking up the hot sand along vast stretches of deserted Atlantic beaches. We’re not even on the Mediterranean, which doesn’t start until Gibraltar. Of course, there are forest fires and some of the scenery would be much prettier if it wasn’t so brownish desert-like.

Much has also been made of how affordable Portugal is compared to other places like New York or LA or London or Panama City. It is possible to live on quite a bit less. Take wine, for example. I often trundle home from the store with six bottles of white and six bottles of red for about €40, but where’s the fun in that? Those of you wine snobs out there – and you know who you are – love your $15 Napa Valley specials and it will take quite a bit of getting used to paying as little as two or three dollars a bottle.

Of course, there’s port, which was invented here; but who drinks that sweet dessert wine anyway? To be honest, now that I’m able to drink good quality fortified wine produced in the famous Douro Valley for very reasonable prices, I often end an evening with a snifter of the sweet stuff. That, however, is not enough of a reason to move to the southwestern end of Europe.

There are very few fast food places in Portugal. McDonalds do exist, but in most towns, villages and neighbourhoods, you’re forced to eat a locally prepared meal in one of the many cafés or “snack bars” sitting under an umbrella or in a quaintly decorated dining room in use since 1849. Sure, the fresh and freshly prepared fish or pork is tasty and generally not bad for you, but it’s also inexpensive. Who has time to wait around, while lunch is cooked by a nice little old lady in the kitchen?

In many places, Portugal is very steep. All those scenic, historic castles and churches are usually built on hills or cliffs for strategic reasons, which means that it’s one heck of a climb to get to them, through the narrow streets of the charming towns built on the rocky sides of those very hills.

The city of Porto is built on the very steep side of the Douro River, which leads to the wine county that is all planted on the slopes of hills. Trollies are popular in Lisbon because walking up all steep inclines is no fun at all. Students at the University in Coimbra (established 1290) graduate not only with a valuable diploma but also with massive calves because they have to climb near vertical grades every day to get to class.

Walking anywhere and everywhere is a challenge because all sidewalks and many streets are cobblestone. It’s not just the historic areas either that feature ancient stone buildings with well-worn steps all of which are not at a uniform height. I’ve seen even brand-new, under-construction apartment blocks installing cobblestone sidewalks out front. According to one local newspaper, “Portugal may have won the first Accessible Tourism Destination award, but the national association for people with disabilities says the country is ‘far from deserving any kind of trophy’.” All town squares are wavy, uneven cobblestone. Wear high heels at your own risk.

Getting around Portugal isn’t impossible because they have a semi-reliable train system and lots of nice highways. However, Portuguese drivers are nuts. They tailgate like no other country in the civilized world. I don’t think that I should know, when I look in my rearview mirror, that the guy behind me has a piece of lettuce stuck in his teeth. There is some sort of national compulsion that they need to pass at the first suggestion of an opportunity and so they bumper to bumper and then zoom around even on curves. The Brits still have their steering wheels on the right or “wrong” side. I’m not exaggerating.

Okay, I mentioned early on in this piece that I’m a journalist and, as such, I realize that most readers do not follow articles inside past the jump line which suggests that he or she should “go to page 11”. So only a few motivated readers are left, which means that if you’ve been this dedicated to continue perusing this article, I maybe should come clean. To be totally honest, Portugal richly deserves most of the hype. Yes, somehow Lisbon clawed its way into “The 100 Most Expensive Cities in the World” and real estate prices are going up all over, but Portugal is still very affordable, even inexpensive, compared to most of the alternatives.

It is also one of the top three safest countries in the world, according to more than one estimate. I know personal safety and security are very important considerations if you plan to reside in a foreign country. So, why did I almost bend over backwards to put a negative spin on visiting this pleasant, scenic, historic, varied, and friendly place? Well, it’s obvious, isn’t it? If the population increases, so will the population of crooks, who love to prey on trusting old pensioners and clueless holidaymakers. I, and most of my expat friends from the States, Great Britain, France, the Netherlands, Germany and Brazil, don’t want you to come.

You missed it. If you all come, you’ll spoil it. The wonderful cliffside beaches will become over-crowded with umbrellas. We’re already overloaded with stray and unwanted dogs and, for some reason, I worry that the oncoming invasion won’t be carrying those nice little poop bags with them.

The sometimes-vacant highways will become jammed with caravans (called RVs in America). The roundabouts (called circles in America) will become confused riots of rental cars travelling outside/in instead of inside/out. I’m not looking forward to vying for parking spots on already narrow village streets. I’ve gone weeks here without hearing a horn honked and months without being given the finger by a fellow motorist.

Residents will need to make reservations to go to dinner at their favorite hangouts. And prices will go up. Nobody wants that.