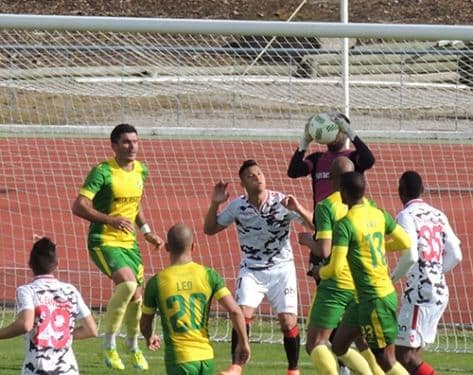 Bill Blevins is the Managing Director of Blevins Franks. He has specialised in expatriate investment and tax planning for over 35 years. He has written books and gives lectures on this subject in Southern Europe and the UK.

The crackdown on offshore tax evasion is intensifying in the UK.  Arrests have been made; the Liechtenstein Disclosure Facility is proving successful; similar deals could be signed with other countries and a withholding tax agreement with Switzerland could be signed by April.

WikiLeaks may also hand over details of suspected high profile potential tax evaders to the authorities.

According to reports, two Britons were arrested towards the end of last year for hiding money in Swiss bank accounts. They have not been named and it is not known how much money is involved. Both accounts were with HSBC Zurich, though the bank is not considered to have been complicit in the tax evasion.

It is understood that they were released on bail and that the Crown Prosecution Service will now decide whether to bring criminal charges against them.

According to Accountancy Age, they could potentially be charged under the Fraud Act, with a maximum seven year prison sentence, or with “cheating the revenue”, a common law offence where the maximum sentence is life imprisonment.

It is believed that HM Revenue & Customs (HMRC) got the information on these two suspected tax evaders from data that was allegedly stolen by an ex-employee of the bank and given to the French tax authorities.

The data contained details of thousands of accounts and the French authorities handed over data on UK taxpayers to their British counterparts.

This is an example of the willingness of European tax authorities to share information in their common fight against tax havens and need to increase tax revenue.

Stolen data is back in the news with former Julius Baer employee Rudolf Elmer handing over two CDs of stolen client information to WikiLeaks founder Julian Assange at a press conference in London on January 17.

Elmer was the head of the bank’s Cayman Islands Branch until he was fired in December 2002. He claims the two CDs contain details of 2,000 offshore bank accounts, thought to belong to prominent politicians, multinationals and multimillionaires from the US, UK, Switzerland and Germany.

Elmer has been found guilty of breaking Swiss secrecy laws and been arrested again for breaching secrecy for handing over the discs.

There is much debate about Elmer’s motives, but WikiLeaks has said it will publish the information once it has verified it. Once published, the impact on Swiss banking secrecy could be substantial.

At the London press conference, Assange said he would also pass information on to the Serious Fraud Squad, so British tax investigators could find themselves with more and potentially new information to work with.

Last year the UK and Swiss authorities signed a joint declaration to work towards taxing accounts owned by UK residents.

The plan appears to be for Swiss banks to deduct a withholding tax on interest earnings and pass it on to HMRC.

Hartnett told Accountancy Age that agreement in principle over the tax could be reached by April.

He did not provide details on what the tax rate would be, but experts close to HMRC say that a rate of between 25% and 35% is calculated to generate between £3 billion and £6 billion for the Treasury.

While this is lower than the 40% or 50% income tax rate in the UK, it is high enough to deter many people from hiding money there.

Hartnett also told Accountancy Age that HMRC now expects to raise around £3 billion from the Liechtenstein Disclosure Facility by the time it ends in 2015.

It was originally expected to raise around £1 billion, so this is good news for the cash strapped Treasury.

He said:  “The people who have come forward are changing their ways and getting peace of mind, and are getting a good deal on penalties. We are getting money for the Exchequer”.

So far around 1,200 Britons have used the facility to admit to previously undeclared money.  In August it was reported that only 419 people had signed up.

With four years to go, many more people will realise they have no option but to come forward.

The LDF was signed in 2009 and gives people the opportunity to come clean on their undisclosed accounts in return for reduced penalties of 10%.

Their tax liability is limited to 10 years instead of the usual 20, and they receive immunity from prosecution.

Last November the HMRC head had said that more countries are in talks with HMRC to sign deals similar to that with Liechtenstein, which ended British taxpayers’ ability to hide money there.

As more people realise that there is nowhere to hide money anymore, they are increasingly turning to voluntary disclosure to get their affairs in order.

Legitimate tax planning opportunities can also prove very successful at reducing tax liabilities, at the same time as providing peace of mind that neither you nor your heirs will end up with a large bill for unpaid tax, interest and penalties.

For reassurance that you are not paying more tax than you need to and that your tax planning is compliant, speak to a tax and wealth manager like Blevins Franks.