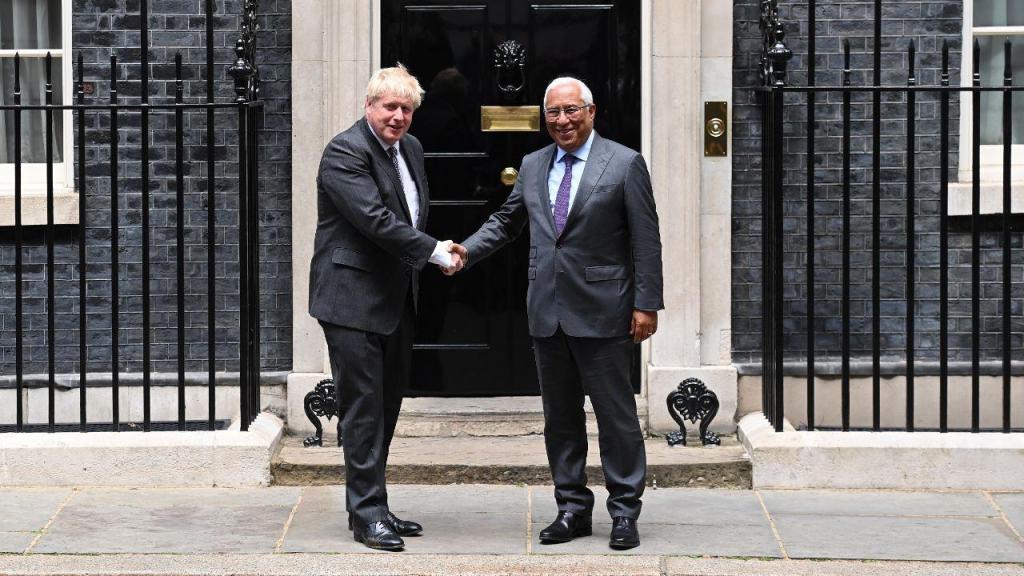 Portugal’s prime minister António Costa is ‘back in the saddle’ after a few days’ rest, signing a new cooperation agreement with the United Kingdom in Downing Street today.

Aside from being the first formal meeting between Mr Costa and Boris Johnson since Brexit, it was designed with a view to protecting the interests of both Portuguese living in the UK, and Brits living in Portugal.

Talking to journalists as he left Downing Street, Mr Costa said there have been a handful of post-Brexit agreements with other countries, but this one is perhaps the most wide-ranging.

“This joint declaration will be instrumental in relaunching the oldest alliance in the world, post-Brexit”, he said. “It is one of the first that Member States have signed, and perhaps the one that covers the most areas, from defence to research to investment, trade, technologies, digital transition and renewable energies. These are the challenges we have and to which we can respond together. The fact that we have such a strong scientific community (of Portuguese nationals) here in UK helps a lot to build bridges between our scientific institutions and universities”.

The PM was accompanied on this visit by the minister for foreign affairs João Gomes Cravinho – who was already in UK due to the weekend visit by President Marcelo.

He added that the 650-year anniversary of the first treaty signed between Portugal and England falls in a little over a month’s time, marking the oldest alliance between two countries that exists in the world.