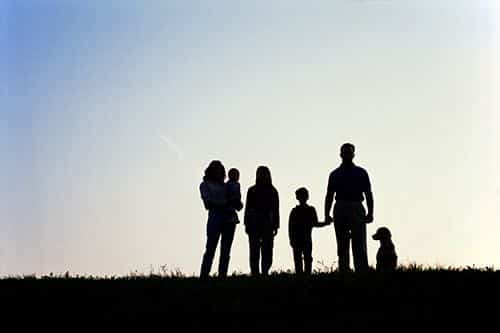 One of the most important financial tasks you have as an expatriate is to plan how and to whom you will leave your assets. It can be a complex process, involving inheritance taxes and succession law of more than one country, but it is vital to have a solid ‘estate plan’ so your estate is distributed as you wish and your heirs avoid paying unnecessary tax.

For British expatriates, understanding domicile is an important element of estate planning.

Domicile is a complex UK common law concept. The basic rule is that a person is domiciled in the country in which they have their home permanently or indefinitely – the country you regard as your ‘homeland’. You can live in Portugal for many years and remain domiciled in the UK.

While changing your domicile is not impossible, it depends on your circumstances and intentions and needs to be a carefully considered and planned process. The onus is on you (or your family when inheriting your assets) to prove you were non-UK domicile at the date of death, in the event of a challenge from HM Revenue & Customs (HMRC).

Many other countries have a version of inheritance tax so tax may be payable twice, although in most cases the UK would give credit for the tax paid overseas.

If you are a non-UK domicile, you are only liable to tax on assets situated in the UK.

There are three types of domicile under English law:

To acquire a domicile of choice, you must be physically present and a tax resident in your new country, in this case Portugal, have formed the intention of living here permanently, and not foresee any reason to return to the UK. You need to sever as many ties as possible with the UK; even stipulating in your will that you wish to be buried there will count against your case. HMRC will look for any indication that you regard Britain as your homeland and may return one day.

Although the link to domicile of origin can be removed, it will be instantly reinstated if you return to the UK, and probably even if you move to a third country, until you can demonstrate you have established a new domicile of choice.

Inheritance tax is often described as a ‘voluntary tax’ since tax planning devices are available to mitigate or avoid it. This applies whether or not you have a UK domicile, but for expatriates domicile is a key factor in inheritance tax planning. There are a number of ways in which your domicile status can be satisfactorily tested, but professional guidance is required. If you get it wrong, your heirs could receive an unexpected tax bill.

An expert in this area will help you establish your domicile status, how inheritance tax interacts with Portuguese stamp duty and what steps you can take to avoid these taxes for your heirs.

Remember you may not be dealing with this yourself. It may be your heirs and/or executor who have to prove to HMRC that your estate should not be liable to UK inheritance tax. You will therefore want to leave all your paperwork in order for them.

Tax rates, scope and reliefs may change. Any statements concerning taxation are based upon our understanding of current taxation laws and practices, which are subject to change. Tax information has been summarised; an individual is advised to seek personalised advice.

Gavin Scott, Senior Partner of Blevins Franks, has been advising expatriates on all aspects of their financial planning for more than 20 years. He has represented Blevins Franks in the Algarve since 2000. Gavin holds the Diploma for Financial Advisers. | www.blevinsfranks.com