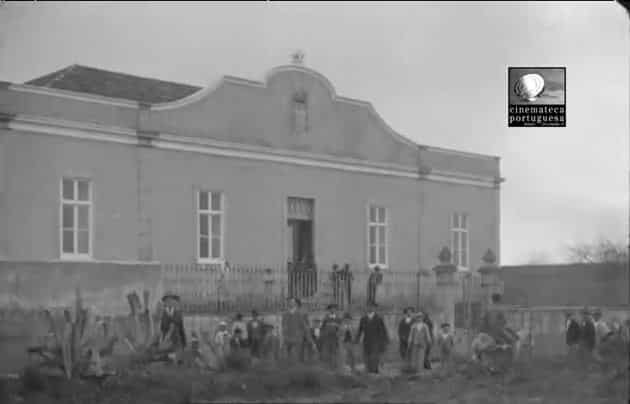 A unique short documentary featuring Lagoa and Carvoeiro in 1929 has been circulating on social media and will certainly delight all those familiar with these towns.
Viewers will likely recognise many of the towns’ landmarks and streets, such as Lagoa’s now heavily-urbanised Rua Mouzinho de Albuquerque and Rua Joaquim Eugénio Júdice (by the Convento de São José), the majestic building that once housed the health centre in Rua Dr Ernesto Cabrita and the old Cine-Teatro in Rua 5 de Outubro.
Viewers will also be amazed to see Carvoeiro’s cliff-top and beach houses, the vast majority still standing and lived-in today while others remain in ruins such the cliff-edge house, known as the “teacher’s house”. The iconic cliff-top chapel, which was virtually half the size in 1929, and its fortress can also be seen in the documentary.
A curious aspect is the lack of women featuring in the documentary. One can be seen rushing past the camera while two women standing in a doorway quickly hide when they see the cameraman approaching.
Men of all ages can be seen impeccably dressed, socialising out in the streets and having fun. Cars were nowhere in sight and transport was mainly by horse cart or bicycle.
The black and white silent film, lasting just over three minutes, was shot in 35mm format (16fps) and produced by the now-defunct Filmes Castello Lopes. It now belongs to the Cinemateca Portuguesa Museu do Cinema collection.
Video: http://www.cinemateca.pt/Cinemateca-Digital/Ficha.aspx?obraid=5008&type=Video